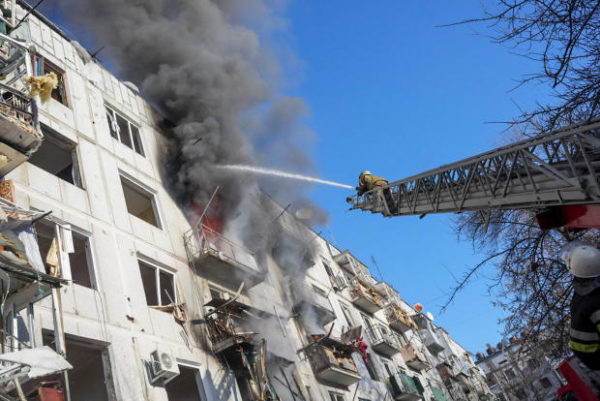 The Ukrainian capital Kyiv was targeted with missile fire early Friday local time, according to an adviser to the country’s government.”Strikes on Kyiv with cruise or ballistic missiles continued,” Anton Gerashchenko, advisor to the Head of the Ministry of Internal Affairs of Ukraine told reporters via text message.

A CNN team on the ground reported hearing two large blasts in central Kyiv and a third loud explosion in the distance before dawn Friday.