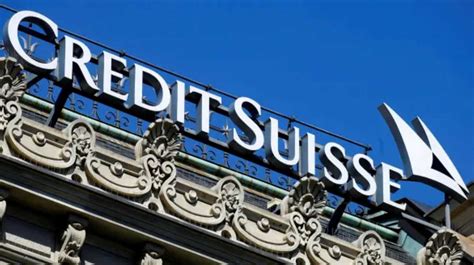 The former Sultan of Oman, Qaboos bin Said, had two accounts, including one opened in 1971 that was worth at its peak over 177 million Swiss francs ($126 million), OCCRP said in a report.

Iraqi businessman and politician Ayad Allawi held accounts starting in the 1980s overlapping with his time running a Western-backed party of Iraqi exiles and as Iraq’s Prime Minister after the US. invasion.

In Syria, these clients included Mohammad Makhlouf, the brother of former President Hafez Al-Assad’s wife, who acted as a front for his brother-in-law for years while leveraging his political ties into a commercial empire spanning tobacco, real estate, banking, and oil.

Egyptian tycoon Hussein Salem, a longtime Hosni Mubarak ally with links to the country’s intelligence agencies, was a Credit Suisse customer for over three decades. He held at least a dozen accounts with balances often running into the tens of millions, despite being publicly linked to corruption scandals for years before and after the Arab Spring, the report said.

Over his years in government, former Syrian Vice President Abdul Halim Khaddam managed to accrue tens of millions of dollars’ worth of company shares, palatial mansions, and assets held in foreign bank accounts — a striking fortune for a lifelong public servant.

Khaddam served in high-level government positions from 1970 to 2005, first as Foreign Minister and then Vice President under Hafez Al-Assad. He rose to prominence in the 1980s while helping manage Syria’s involvement in neighbouring Lebanon’s civil war, and its subsequent occupation of the country.

Seeking to foster pro-Damascus Lebanese politicians, Khaddam struck up a friendship with the wealthy businessman Rafik Hariri, backing his successful run for Prime Minister of Lebanon in 1992. Hariri was known to grease his relationships with money, and his friendship with Khaddam was no exception.

A former high-level Syrian official told OCCRP that Khaddam had “dominated Lebanon through Hariri”, who in turn paid him back with favous. He recalled meeting Khaddam in Damascus, where the Vice President was “living a legendary life”. Khaddam had a reputation for a level of corruption that was so obvious it “does not need documents” to be proven, the former official said.

Further charges against Khaddam emerged after Hariri was assassinated during his second Prime Ministership in 2005, a murder widely blamed on the Damascus regime.

The following year, Khaddam defected from the Syrian government led by its current President, Bashar Al-Assad, and fled to Paris. In retaliation, Syrian officials began leaking details of his previous dealings.

The former Vice President was just one among many Arab elites who used Switzerland to stockpile his wealth. For years, the country’s financial secrecy and relative stability made it a popular destination for legal and illicit funds.