Russia expels No. 2 US diplomat from Moscow as west disputes its claim of withdrawal from Ukraine border 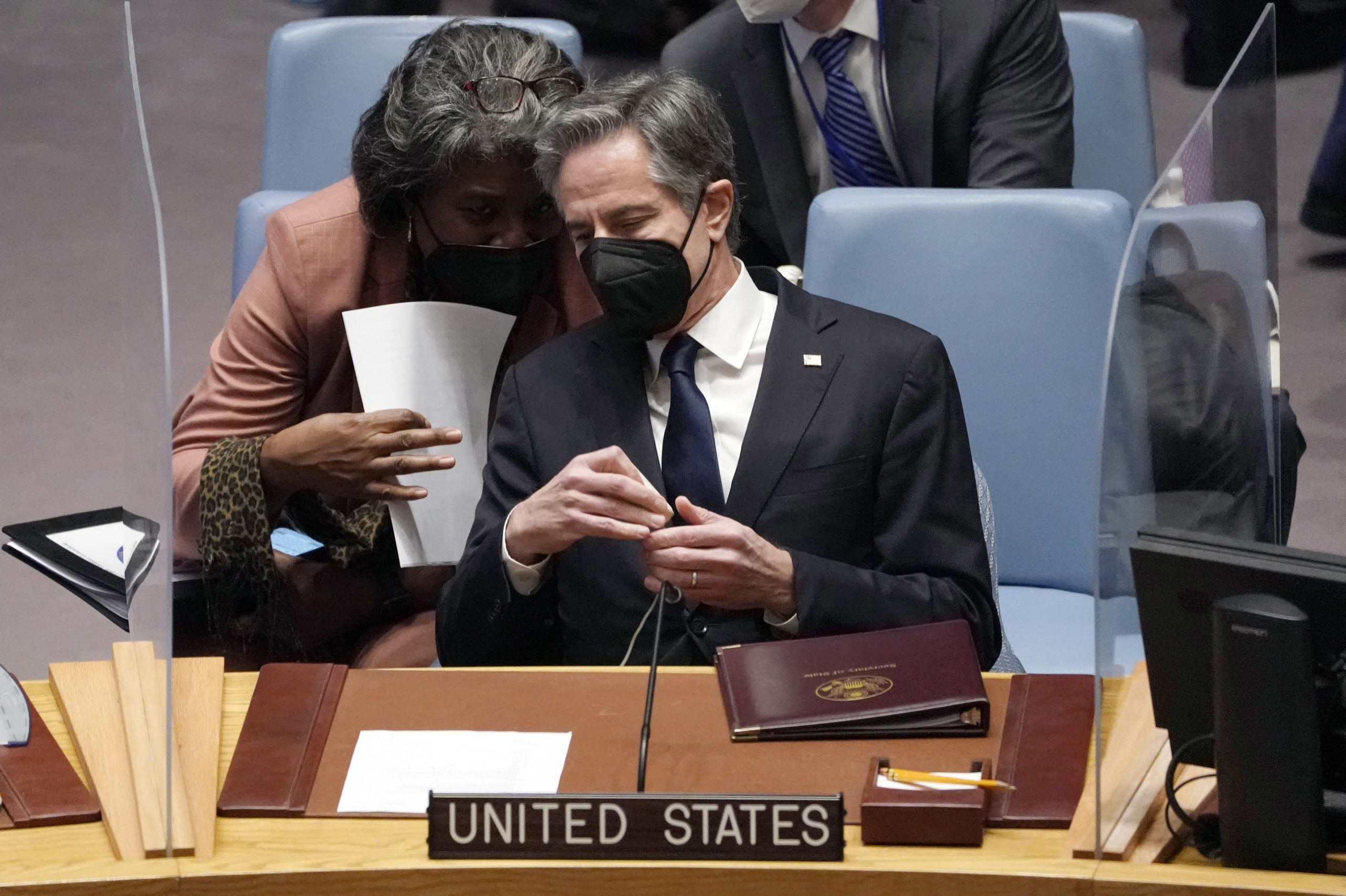 US Secretary of State Antony Blinken and US Ambassador to the UN Linda Thomas-Greenfield at the UN in New York on February 17. (Timothy A. Clary/AFP/Getty Images)
Share:

Russia expelled a senior U.S. diplomat last week, the State Department said on Thursday, the latest sign of tensions rising between Washington and Moscow as the Biden administration steps up warnings of a possible Russian invasion of Ukraine.

A State Department spokesperson confirmed the expulsion of Deputy Chief of Mission Bart Gorman, the No. 2 diplomat at the U.S. Embassy in Moscow, and described it as “unprovoked.”

But while news of his expulsion broke on Thursday, the spokesperson said that Gorman departed from his position in Moscow last week. Russian state media was the first to report on Gorman’s expulsion.

Russia did not offer a reason for the decision to expel Gorman. The State Department said he had a valid visa and that his tour had not ended.

“We consider this an escalatory step and are considering our response,” the State Department spokesperson said.

“We call on Russia to end its baseless expulsions of U.S. diplomats and staff and to work productively to rebuild our missions,” the spokesperson said. “Now more than ever, it is critical that our countries have the necessary diplomatic personnel in place to facilitate communication between our governments.”

Speaking to reporters before leaving the White House for a trip to Ohio, President Biden warned that the threat of a Russian invasion of Ukraine is “very high” and said he believed it would happen “within the next several days.”

The comments were Biden’s most definitive to date predicting that an invasion would indeed happen.

At the same time, the president continued to express hope for a diplomatic resolution to the crisis. Secretary of State Antony Blinkenwas making a surprise appearance at the United Nations Thursday morning to underscore the seriousness of Russian threats to Ukraine.

U.S. officials have said some 130,000 Russian troops are massed at the Ukrainian border.

Russia claimed earlier this week that it was withdrawing some troops from Ukraine’s border, but a senior Biden administration official directly challenged that on Wednesday by telling reporters that Russia had added as many as 7,000 additional troops to the Ukrainian border.

“The evidence on the ground is that Russia is moving toward an imminent invasion,” White House principal deputy press secretary Karine Jean-Pierretold reporters aboard Air Force One Thursday morning following Biden’s comments.

NATO has also accused Russia of continuing its military buildup. Russia on Thursday claimed that the U.S. and NATO were making “unfounded accusations.”