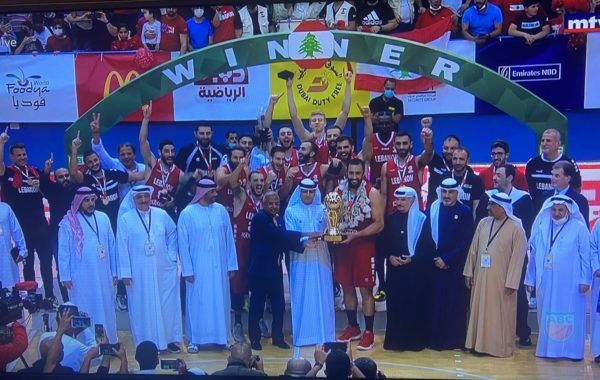 Finally Lebanon has some good news

The Lebanese National Basketball team won for the first time in history the final match of the Arab Men’s Basketball Championship, which was held in the United Arab Emirates, after a historic comeback victory over the champion Tunisian team with a score of 72-69, at Al-Nasr Club Hall