Missile fired by Syria during Israeli strike exploded in the air, report 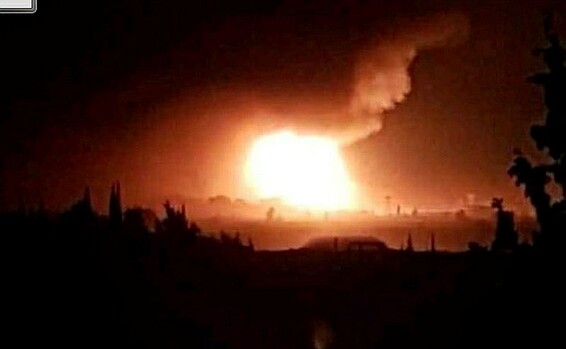 Syrian state television reported an Israeli strike around Damascus on Wednesday and the Israeli military said a Syrian anti-aircraft missile was fired towards Israel, triggering sirens and exploding in mid-air.

The alert in northern Israel and parts of the occupied West Bank coincided with reports on Syrian state TV that Syrian air defences had downed a number of Israeli missiles over Damascus.

An Israeli military spokesperson declined to comment on the report that Israel had carried out a missile strike.

“The launch of an anti-aircraft missile from Syrian territory towards Israel was identified,” the Israeli military said on Twitter. “The missile exploded in mid-air and there was no need to intercept it.”

Israel has mounted frequent attacks against what it says are Iranian targets in Syria, where Tehran-backed forces led by Lebanon’s Hezbollah have supported President Bashar al-Assad over the past decade in Syria’s civil war.