Hezbollah chief : Only the resistance protects Lebanon, nothing else “ 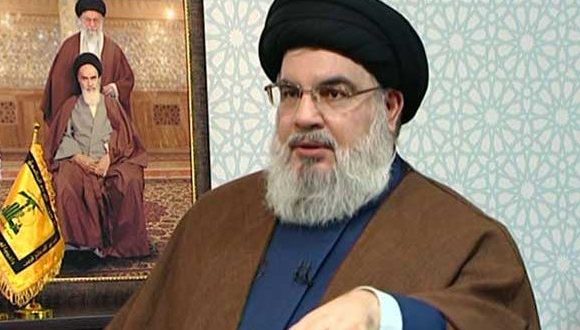 In an interview with Arabic-language Iranian TV channel Al Alam Hassan Nassrallah, Secretary General of the Iranian backed Hezbollah militant group declared that “The resistance is the only guarantee for protecting Lebanon and there is nothing else”. He did not give any role to the Lebanese army in defending Lebanon , adding “The resistance in Lebanon is a major national interest.”

“Saudi Arabia and the UAE interfere in Lebanon’s affairs and in the domestic affairs of all Arab countries.” He declared and added : “They are waging a war against the Yemeni people and we are supporting the Yemeni people,” a possible reference to the Iranian backed Yemen’s Houthi rebels who have been fighting the legitimate government of Yemen .

He also attacked the United States

He accused the US of interfering in the upcoming parliamentary elections.

“Lebanon is a sovereign country and should not be sent dictates,” Nasrallah said

He also attacked the opposition in Lebanon

Nasrallah attempted to distance Hezbollah from Tehran, while also gloating that Israel is afraid to go to war against either.

He said that Israel is not serious about actually attacking Iran, but if it does, Hezbollah will not immediately retaliate against Israel on Tehran’s behalf, but will decide whether or not to get involved.

“Iran is a strong regional state and any war with it will blow up the entire region,” he said.

In September 2019 Nasrallah declared allegiance to the Iranian Supreme leader and vowed to fight in support of Iran.

Commenting on his speech, Alliwa newspaper wrote on Tuesday ” In his today’s speech in which he was trying to distance himself from Tehran he deliberately forgot his famous saying, that Hezbollah’s funding, weapons and food come from Iran entirely, and that he is a soldier in Wilayat al-Faqih”,