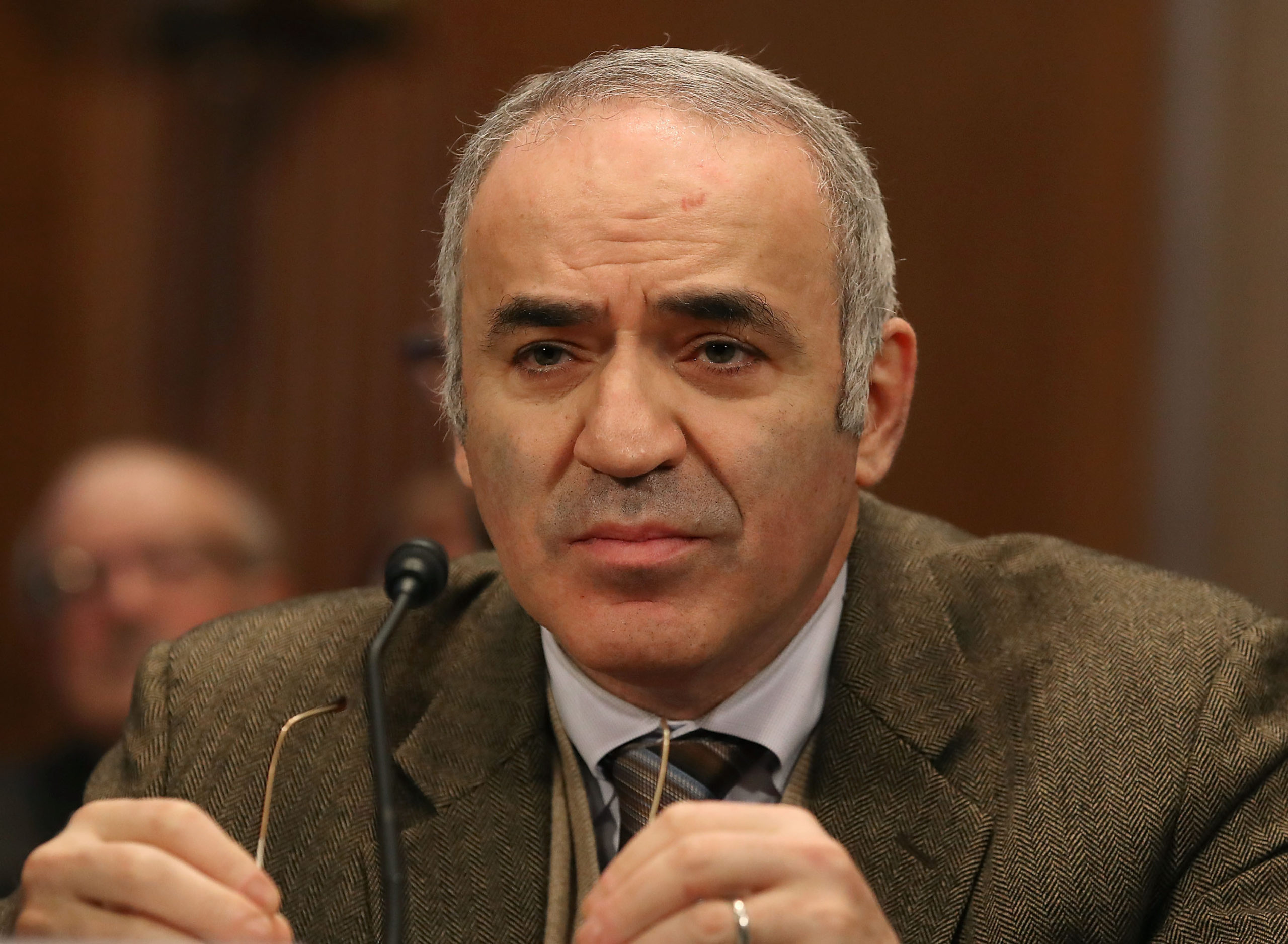 FILE PHOTO :Gary Kasparov, Chairman of the Human Rights Foundation, participates in a Commission on Security and Cooperation in Europe, hearing, focusing on the five-year anniversary of the Magnitsky Act, on Capitol Hill December 14, 2017 in Washington, DC. (Photo by Mark Wilson/Getty Images)
Share:

During MSNBC’s José Díaz-Balart Reports, Díaz-Balart remarked that “some say” that Russia is threatening to invade Ukraine since “Biden is in a weak position here at home” and that the European “countries all have their own internal political problems” and therefore “this is Putin thinking this is a good time to strike.”

“Yes, I think Putin sensed the American weakness, meeting Biden in Geneva [last year],” he said. “Because instead of aiding Ukraine and making very clear that the cost of the aggression against Ukraine would be too high, Biden and his administration made a terrible mistake by entering this negotiations that convinced Putin that he could go away with no sanctions, but, basically, lip service.”

“Putin would do whatever he could get away with,” added Kasparov. “And if the cost is too high, he wouldn’t cross Ukrainian border. And now the cost is getting gradually higher and higher for him, but he still believes that he can get away because this recent crisis revealed the depths of the corruption in Europe.”

Kasparov went on to slam Germany for its dependence on Russia such as when it comes to natural gas. He noted that “Europe buys about one-third of its gas supply from Russia. Russia sells more than 80 percent of its gas to Europe.”

“So who has the leverage here,” he rhetorically asked. “It’s more about corruption and lack of political will than about real economic problems.”