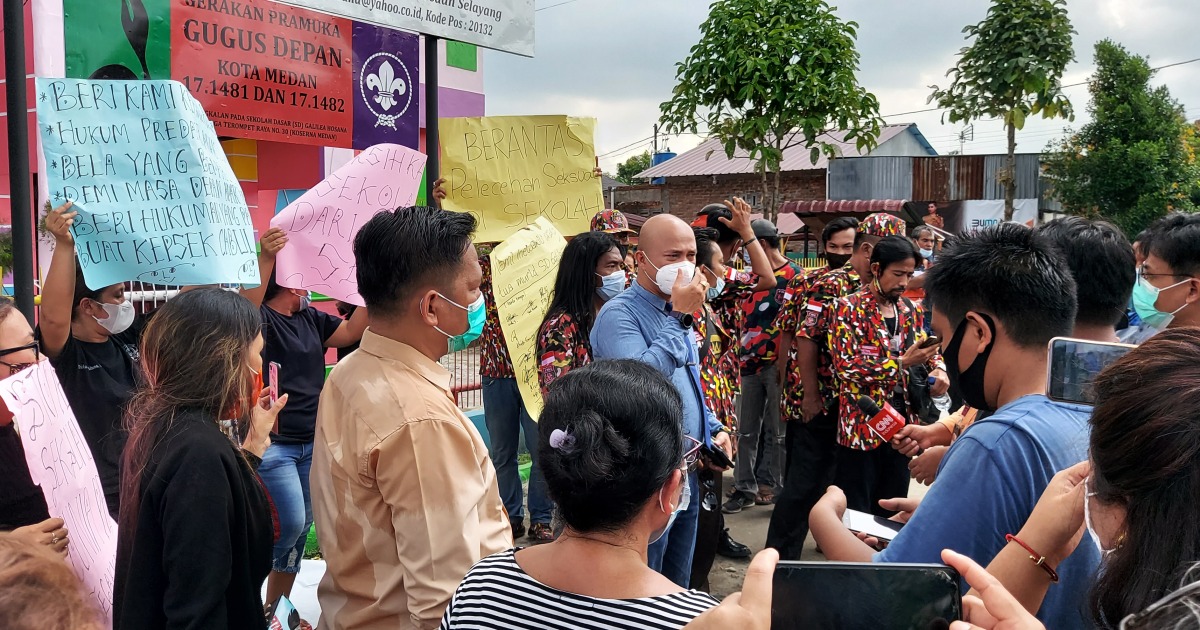 Lebanon teachers Protest Jan 22, 2022 . They are on strike over living conditions as education and financial crisis grows.The collapse of the Lebanese currency left every 4 of 5 Lebanese in poverty
Share:

Most of Lebanon’s public schools are closed as teachers demand higher wages and stipends to earn a living wage.

Beirut, Lebanon – Mona Azzam has been an elementary school teacher in Lebanon’s mountainous Chouf district since 1996.

The 58-year-old said she was happy with her work and living conditions for much of that time, but since the value of the Lebanese pound started to plummet in 2019, she has struggled to cover basic costs.

This month, for the first time in her career, she joined a teachers’ strike demanding higher salaries and better working conditions.

With the depreciation of the pound, Azzam’s monthly salary has fallen to the equivalent of less than $100, and she is struggling to keep up with skyrocketing fuel costs to keep the lights on and the heaters working in the winter.

“My salary can now barely cover fuel costs and tyre changes, and I live several villages away from my school,” Azzam told Al Jazeera. “We live in the mountains, so if I can’t properly change my car tyres then I will get into a car accident.”

On January 10, the country’s public school teachers launched an open-ended strike. Most of Lebanon’s public schools have closed and refuse to open, as teachers demand higher wages and stipends to earn a living wage.

Lebanon’s public sector workers’ wages have not been adjusted to reflect the pound’s nose-diving devaluation of more than 90 percent and the country’s soaring inflation rate.

In the two years since the country’s economic crisis began, three-quarters of the population has slipped into poverty, making the cost of electricity, water, and food big burdens as millions of families are forced to work with shrinking budgets.

Abier Jaber is among many contracted public school teachers who are paid by the hour. Since the onset of the crisis, the value of her hourly wage dropped from just above the equivalent of $13 an hour to slightly less than $1.

“Teachers tried to cope by carpooling because they couldn’t afford gas, and we would sometimes pay from our own pocket to make sure students have enough stationery and can enjoy learning,” she told Al Jazeera. “But now we can’t afford to do this any more.”

Schools are also short on teachers, Jaber adds, because the government does not have the resources to hire more of them. Meanwhile, as a result of the economic crisis, many Lebanese families who would have previously sent their children for private education are enrolling their kids in public schools, leading to a surge in demand for places.

Some teachers initially paid out of their own pockets to help students afford books and stationery they needed, but Azzam and Jaber say this is no longer sustainable. The teachers say they have not received any compensation from the government for the additional costs for internet and phone bills during the pandemic when they taught remotely.

Dima Wehbi, the policy, advocacy and communications adviser at the International Rescue Committee, told Al Jazeera that families face many obstacles to ensure their children’s education.

“Access to education is proving more and more challenging with parents struggling to afford transportation and stationery and even meals,” Wehbi explains. “Fuel for heating is also an issue in schools and so is electricity.”

She adds that the devaluation of the teachers’ salaries, “especially in the public sector”, is affecting access and quality of education.

But Lebanon’s near-bankrupt government says it cannot do much. Education Minister Abbas Halabi said the teachers’ demands for better salaries and working conditions are “justified”.

Halabi said the entire government needs to work on solving the problem.

“This is an issue greater than the education ministry, and I don’t have that capability to solve it,” he said. “I’m not the finance minister, and I don’t determine Cabinet’s policies alone.”

The minister has sought assistance from humanitarian agencies to help schools with public health measures for COVID-19, campus facilities, and helping vulnerable families keep their kids at school.

Lebanon’s crisis has made a staggering effect on millions of children. UNICEF and humanitarian groups have documented thousands of cases of child abuse over the past year, including an increase in rates of child marriage and child labour to secure money for their struggling families.

The groups estimate that about 15 percent of families stopped sending their children to school.

Non-profits, including CodeBrave, have tried to offer other opportunities to children. The organisation provides technical education for disadvantaged kids, in an attempt to help them secure jobs and higher education opportunities.

“We got to know about 30 children while volunteering in a shelter in 2018, and many of them who left and were pulled into militias and sex work because they had no job opportunities,” CodeBrave co-founder and director Clementine Brown told Al Jazeera. “And it was one of the children, Khalil, who suggested learning to code.”

Their offices in Beirut are filled with stacks of laptops, tablets, smartphones, and other equipment for their students. Brown says they have been expanding rapidly because of skyrocketing demand from schools and NGOs.

CodeBrave has supported more than 400 students in 2021 and has the funding to support an additional 100 this year.

Meanwhile, the Lebanese authorities do not plan on increasing teachers and other public sector employees’ salaries at the moment, according to legislators and the government’s draft 2022 budget. The government is set to discuss a plan to increase teachers’ transport stipends and to provide temporary cash bonuses on Monday in their first meeting in more than three months. Legislators close to the prime minister say they expect these measures to be agreed upon.

Azzam says she is thankful that her son, who lives abroad, wires some much-needed hard currency to help with their monthly expenses. Her husband has delayed his retirement and decided to continue working after the value of his savings plummeted. But she says the government cannot allow teachers to go on like this.

Jaber, meanwhile, says if teachers’ work conditions do not improve, they will continue to strike.

“Schoolteachers need to work under better conditions,” she says. “Otherwise, the school year will already be over.”