Saudi-Lebanese relations too deep to be hurt by ‘irresponsible statements’: Envoy 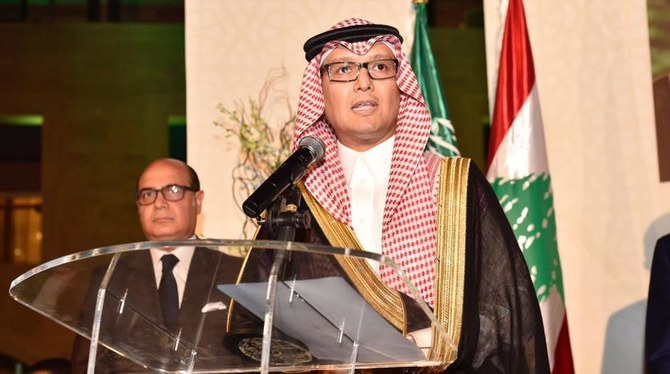 Beirut- Saudi Arabia’s ambassador to Lebanon said relations with Lebanon were too deep to be affected by “irresponsible and absurd statements.”

His comments came two days after Lebanese Prime Minister Najib Mikati said criticism of the Kingdom by the leader of the Hezbollah group did not serve the national interest or represent the country’s official stance.

The comments also followed a rift in relations between Lebanon and Gulf countries after a number of countries withdrew their ambassadors from Beirut in October and November in protest over statements made by then-information minister George Kordahi that were critical of the Kingdom’s role in the Yemen war.

“Riyadh hopes that the political parties will give priority to the supreme interest of Lebanon… and end Hezbollah’s terrorist hegemony over every aspect of the state,” Bukhari said.

He added that Hezbollah’s terrorist insistence to impose its control disrupts peace in Lebanon and called on the Lebanese government to stop its activities that are affecting the Kingdom and the Gulf region, Al Arabiya reported.

Later in an interview with Al Arabiya, Bukhari said that ties between Beirut and Riyadh were “too deep” to be impacted by irresponsible comments.

Bukhari said his country affirms its constant concern for the Lebanese citizens residing in the Kingdom and it supports the Lebanese people from all sects.
“We share with the international community the responsibility to maintain Lebanon’s stability and sovereignty,” he said.