Price of bread in Lebanon increases 20% in 3 weeks 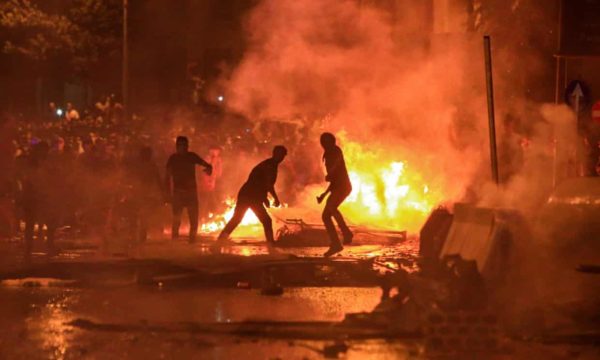 File photo Thousands of protesters tell the Lebanese leaders to go home . Even bread is now scarce in Lebanon. People are outraged at their leaders
Share:

The Minister of Economy increased the retail price of 1035 grap pack to 10,000 Lebanese pounds .

The Minister of Economy decided on November 4 to form a crisis cell to keep pace with the development of price fluctuations in the costs of bread and work to keep it within the reach of the Lebanese. Todays price increase indicates the cell failed in its mission,

The increase is primarily because the Lebanese pound collapsed since 2019 and lost over 90 % of its value but the wages remained the same at best and many people lost their jobs since , closed their business  or left the country

Lebanon Central Bank has been subsidizing the wheat flour , medicine and fuel but Hezbollah which controls all the 3 branches of government has been smuggling these commodities to Syria through illegal border points , making huge profits but resulting in shortages in Lebanon which led to the higher prices