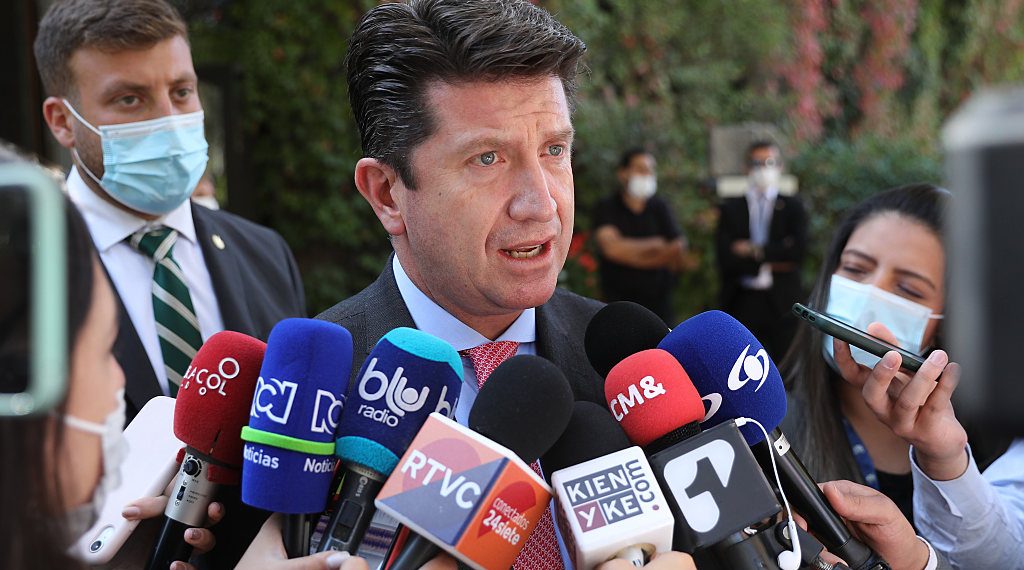 Colombia’s Defense Minister Diego Molano said in an interview that his country which has a sizable Lebanese community is monitoring the criminal activities of the Iranian-backed Hezbollah militant group, which he linked to drug traffickers and terrorist groups. He revealed that his country expelled 2 Hezbollah operatives for committing criminal acts . According to Local media , the expelled Hezbollah members planned to assassinate an Israeli national in retaliation over the January 2020 assassination in Iraq of Iranian Quds Force commander Qassem Soleimani.

Bogota: Colombia has said it is monitoring the activities there of the pro-Iranian group Hezbollah, accusing it of having conducted criminal activities.

“Two months ago we had to deal with a situation where we had to organize an operation to capture and expel two criminals commissioned by Hezbollah with the intention of committing a criminal act in Colombia,” Defense Minister Diego Molano said in an interview with the daily El Tiempo.

He provided no details of the government operation.

But the newspaper, citing sources in Colombia’s military intelligence services, said the Lebanese Shiite movement was spying on American and Israeli businessmen in Colombia.

Colombia has a sizable Lebanese community.

Hezbollah has been reported to have a presence in Venezuela and other Latin American countries.

Molano said there was a “risk with Hezbollah in Venezuela and what its links to drug traffic or terrorist groups on the Venezuelan side (of the border) could generate for national security.”

Colombia has accused neighboring Venezuela of sheltering and supporting guerrillas fighting against Bogota. Relations between the two are tense, and the common border has been largely closed since 2015.

On November 8, while accompanying President Ivan Duque on an official visit to Israel, Molano said the two countries had a “common enemy in Iran and Hezbollah ,” which he said not only operated against Israel but supported the leftist regime in Venezuela.

But on Sunday, Molano said he had spoken “hastily.”

His remarks in Israel were sharply criticized in Iran — with which Colombia has had diplomatic relations since 1975 — and by its ambassador to Bogota, Mohammad Ali Ziaei, who said “the destruction of this relationship does not profit the people.”

Duque later said that “Colombia does not use the word ‘enemy’ to designate a country,” while adding, “that does not mean that we don’t have divergences on specific questions with Iran.”