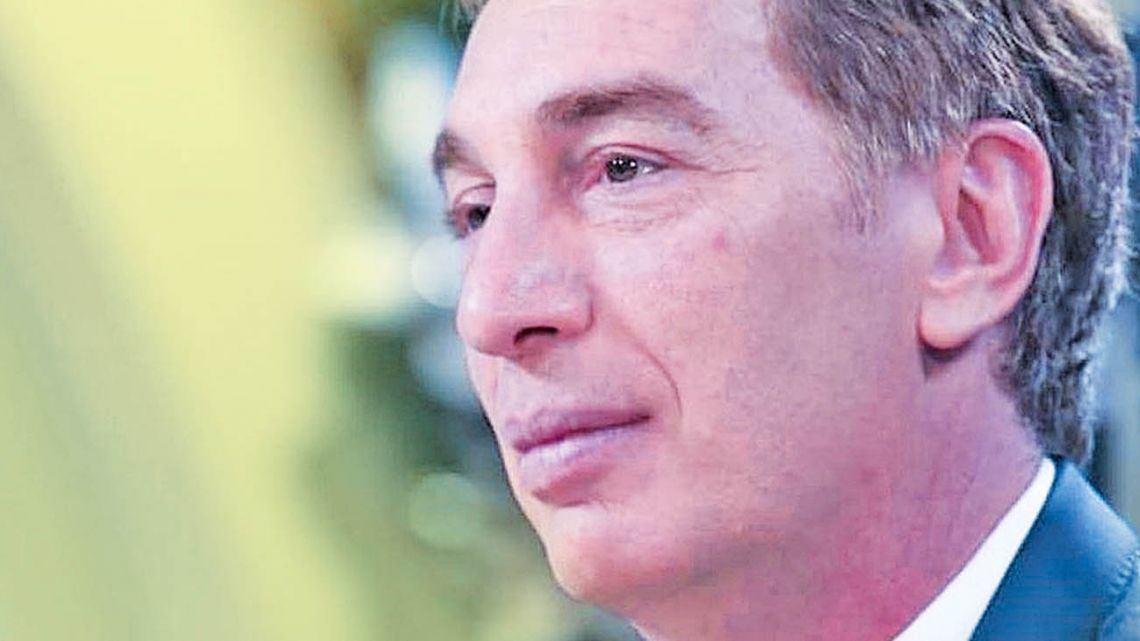 With three-quarters of votes counted in the latter, opposition candidate Diego Santilli pictured and his ticket were first with 40.06 of votes, with Frente de Todos hopeful Victoria Tolosa Paz and her slate trailing on 38.4 percent.
Share:

Opposition scores resounding victory in Buenos Aires City, while emerging with a lead in Buenos Aires Province; Preliminary results indicate that ruling Peronist coalition will lose majority in the Senate.

Initial results in Argentina’s crucial midterm legislative elections indicate that the opposition Juntos por el Cambio coalition has won at a national level, with the government making back ground in some regions yet failing to secure victories in a number of key races.

The opposition grouping, which looks set to gain ground in both the Chamber of Deputies and the Senate, is on track to secure wins in Buenos Aires Province, Buenos Aires City and the provinces of Córdoba, Santa Fe and Mendoza – districts that carry a lot of electoral weight.

For Frente de Todos, the coalition’s pre-electoral ambitions look like they will go unfulfilled. Preliminary counts also indicated that the government will lose key Senate seats and therefore its majority in the upper house – the first time Peronism will have lost control in the chamber since the return of democracy.

Initial results indicated that the Peronist coalition is unlikely to turn around any of its major defeats from September’s primaries, with the exception of Chaco Province. It did notably cut the opposition’s lead in Buenos Aires Province, however.

If results stay as they are projected, Frente de Todos would have 35 out of 72 senators.

Underlining its continued dominance of the nation’s capital, Juntos por el Cambio scored a resounding victory in the race to elect lawmakers for Buenos Aires City, while emerging with crucial lead in the key battleground region of Buenos Aires Province.

With three-quarters of votes counted in the latter, opposition candidate Diego Santilli and his ticket were first with 40.06 of votes, with Frente de Todos hopeful Victoria Tolosa Paz and her slate trailing on 38.4 percent. José Luis Espert, topping the Avanza Libertad slate, came in third with 7.48 percent (more than half a million votes), followed by FIT-U left-winger Nicolás Cel Caño on 6.75 percent.

In another closely watched race, María Eugenia Vidal scored a big win in the nation’s capital, reinforcing the opposition’s hold over Buenos Aires City. The ex-Buenos Aires Province governor, who topped the Juntos list in the federal capital, took 47.05 percent of the vote, with 92 percent of polling stations reporting.

In second place was the Frente de Todos list topped by Leandro Santoro (25.04 percent). Outspoken libertarian economist Javier Milei, in his first run for office, took 17.06 percent with his Avanza Libertad slate, improving on his performance in the primaries two months ago. Left-winger Myriam Bregman and her ticket took 7.75 percent, winning a seat.

Argentines began voting at 8am local time nationwide, with the elections set to define the remainder of President Alberto Fernández’s term.

Prior to the vote, analysts warned that the ruling Frente de Todos coalition would struggle to retain its Senate majority. Nearly half the lower house Chamber of Deputies seats are up for grabs, as well as a third of seats in the upper house.

He said turnout in the compulsory election was between 71 and 72 percent – higher than in the primaries.

The Frente de Todos coalition is already a minority in the lower house. Amid widespread discontent over an economy hit hard by the Covid pandemic, analysts say the party risks losing its Senate majority as well.

“We ask the Argentines to make their will known so we can build the country that they want,” Fernández told reporters after casting his vote, accompanied by First Lady Fabiola Yáñez.

Back in September, In September, the Peronist coalition suffered a bruising defeat in primaries, picking up just 33 percent of the vote compared to 37 percent for the main opposition group Juntos por el Cambio, led by Fernández’s predecessor Mauricio Macri.

Argentina has been in recession since 2018, with GDP dropping 9.9 percent last year due to the coronavirus pandemic.

Citizens are also suffering from one of the world’s highest inflation rates, running at 40 percent so far this year and more than 52 percent in the calendar year. The poverty rate stands at 42 percent.

“I fear for the economy,” pastry worker Oscar Navarro told AFP on Sunday, without revealing how he planned to vote. “Salaries are not sufficient. Whoever wins, it will take a long time for the country to recover.”

The primaries setback unleashed a political crisis pitting Fernández against his vice-president,Cristina Fernández de Kirchner, who pressured her boss into a Cabinet reshuffle in the hopes of appeasing an increasingly frustrated electorate.

If the ruling coalition loses its Senate majority, the opposition “will most probably use” its legislative blocking power, said analyst Gabriel Puricelli of the University of Buenos Aires.

The Frente would then be forced to make concessions if it wants to pass laws or make key appointments, including to the Judiciary, with a key vacancy on the Supreme Court bench.

Since the primaries, the government has been in damage limitation mode, announcing last month a deal with the private sector to freeze prices on more than 1,400 basic goods, following street protests demanding greater food subsidies. It has also increased the minimum wage and family allowances.

While Fernández has promised to focus on the country’s immediate concerns, candidates are already racing towards the presidential elections of 2023.

“These next two years are going to be difficult,” said former president Mauricio Macri as he voted, while assuring voters that his coalition would “act with great responsibility.”

Liliana Márquez, a hospital worker, said she hoped the opposition would prevail. “I have never trusted these Peronist governments,” she said, adding that she supported Macri’s movement “because I cannot find an alternative.”

The government’s supporters have been forced to keep a low profile during the long pandemic lockdowns. But pro-government trade unions and social organisations recently announced they will march in support of Fernández on Wednesday, regardless of the election results.