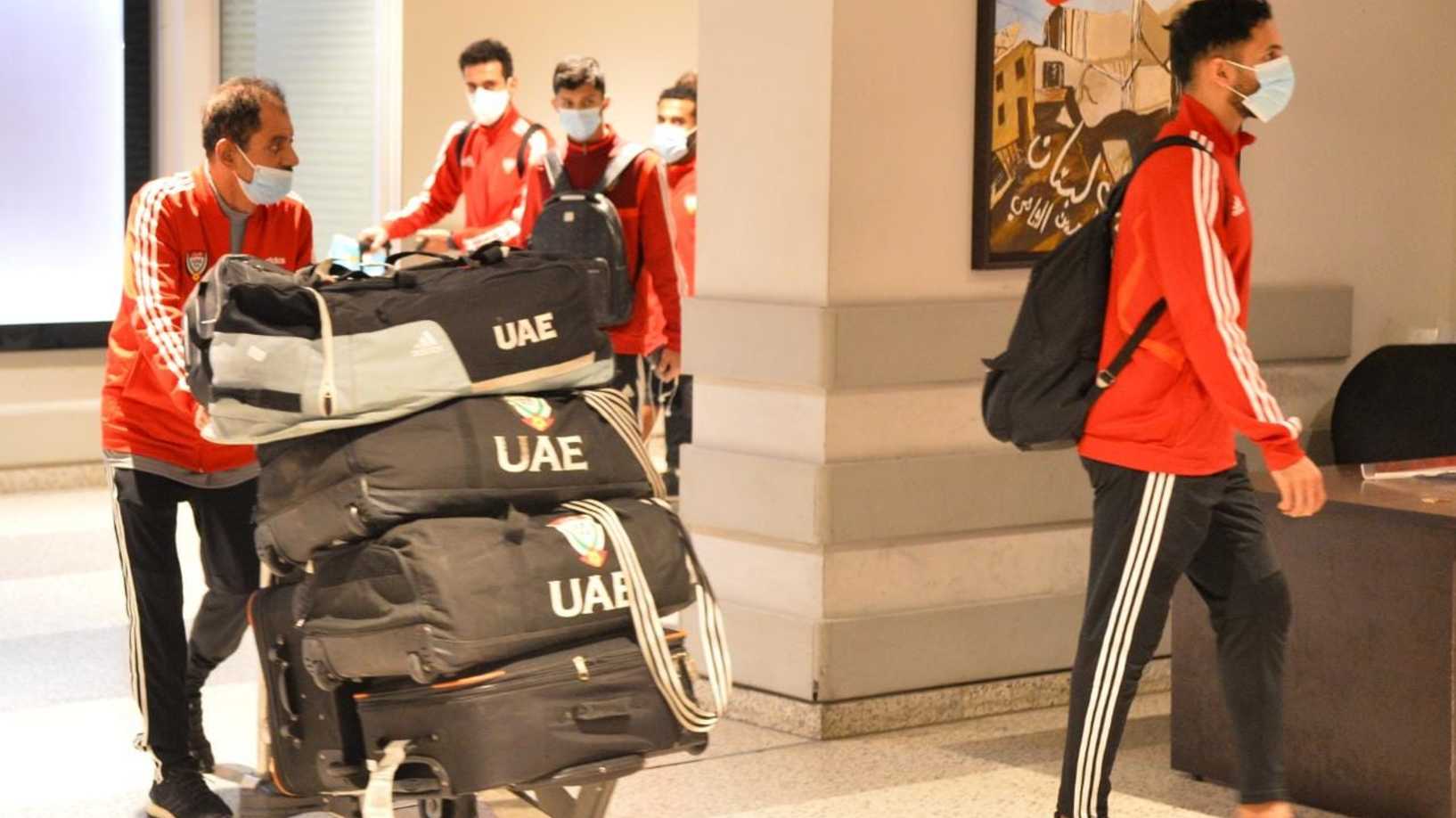 UAE football team members are shown as they arrived at Rafic Hariri International Airport. An armed security force is accompanying UAE’s football team which will be playing a match on Tuesday with Lebanon’s national team
Share:

Following the arrival of an armed Emirati security team at Rafic Hariri International Airport , the office of the Minister of Interior and Municipalities Judge Bassam Mawlawi released a statement in which he said that the Emirati security team came to Lebanon to secure the protection and escort the UAE football team, which is playing a match with the Lebanese national team next Tuesday.

The statement said: Prior to the arrival of the security team to Lebanon, it obtained approval from both the Ministry of National Defense and the Lebanese Army Command to enter the country with the weapons that were verified before their arrival , provided that the same procedure takes place when the security delegation departs Lebanon.

This development comes after the UAE announced, in late October, the withdrawal of its diplomats from Lebanon “in solidarity with Saudi Arabia,” which took escalatory measures in response to statements by Lebanese Minister of Information George Kordahi, an ally of Iranian backed Hezbollah militant group

UAE’s decision came after Saudi Arabia, Kuwait and Bahrain took similar measures, in response to the statements of Kordahi, about the war in Yemen.

Commenting on the armed security force that is accompanying the UAE team , Ali Hussein a Lebanese analyst told Ya Libnan : “This is a sad day for Lebanon when the UAE one of the most friendly Arab countries , where hundreds of thousands Lebanese live and work cannot trust Lebanon with the security of its team” . He added : “the problem is that Lebanon is completely controlled by Hezbollah which is viewed as a proxy of Iran , the Gulf’s number one rival which still occupies three UAE islands in the Gulf “