Hezbollah thanks Iran, calls it a loyal ally 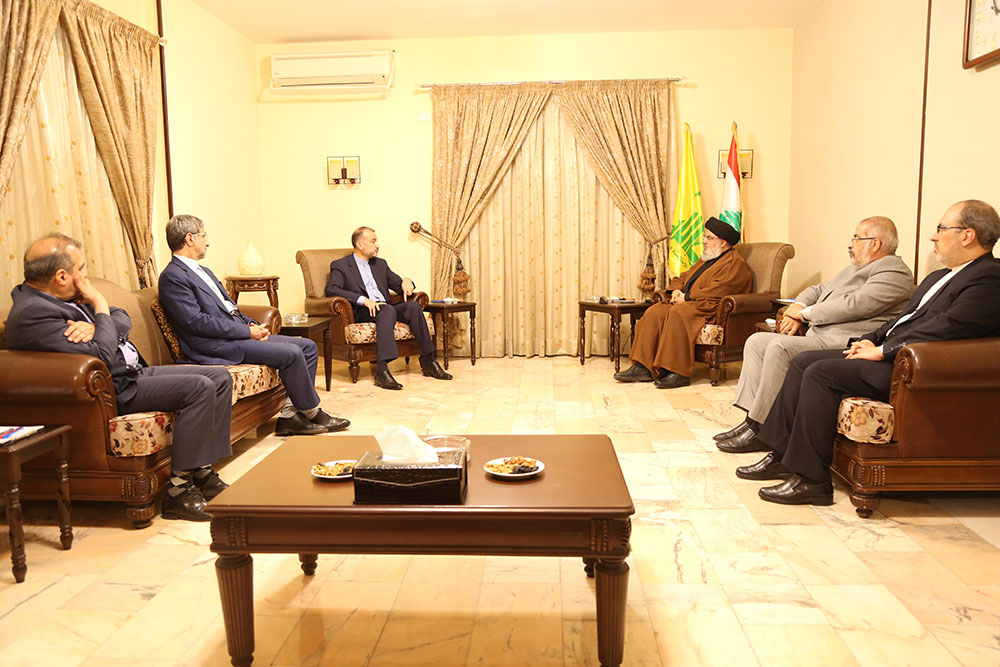 Iranian Ambassador to Beirut Mohammad Jalal Firooznia also attended the meeting, according to the report .

Nasrallah and Amir Abdollahian tackled the latest developments in Lebanon and the region, Hezbollah Media Relation Office announced Friday in a statement.

During the meeting, Amir Abdollahian stressed Iran’s “unwavering support to Lebanon in all fields,” the statement said.

Nasrallah reportedly thanked Abdollahian over the Islamic Republic’s stances throughout the last decades.

“The Islamic Republic proved that it is the sincere and loyal ally who doesn’t abandon its friends despite the hard conditions,” Hezbollah Media Relation Office quoted Nasrallah as saying.

Abdollahian arrived Late Wednesday in Beirut, where he met with several Lebanese officials.

Iran created Hezbollah as a militia in 1982 to fight against Israel. Israel withdrew from Lebanon in 2000 but Hezbollah kept its arms and is acting as Iran’s proxy in the region , killing on behalf of Iran hundreds of thousands of Arabs in Syria , Iraq , Yemen and Lebanon. In Syria alone it supported Iran’s ally, Syrian dictator Bashar al Assad where over 360, 000 were killed according to the UN . In Lebanon Hezbollah pointed its guns against the Lebanese in 2008 following its 2006 war with Israel which killed over 1200 Lebanese mainly civilians