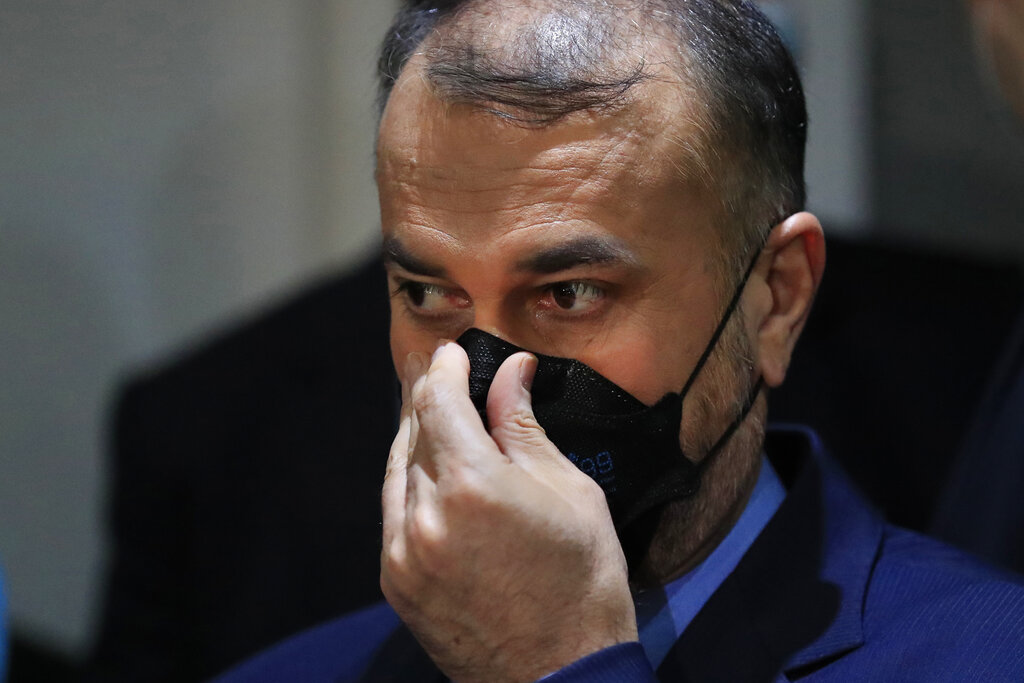 Iranian Foreign Minister Hossein Amirabdollahian, adjusts his mask as he speaks during a joint press conference with his Lebanese counterpart Abdullah Bou Habib, in Beirut, Lebanon, Thursday, Oct. 7, 2021. He announced that Tehran will continue to send fuel shipments to Lebanon via Hezbollah, while noting that his country is also ready to provide Lebanon with medicine and offered through Iranian or Lebanese investments to set up 2 power plants in Lebanon and even build a metro in Beirut
Share:

Washington: The United States on Thursday denounced Hezbollah’s deliveries of Iranian fuel in crisis-hit Lebanon as a public relations stunt and warned that Tehran remained under sanctions.

Iran is set to deliver more fuel in the coming days to Lebanon for distribution by Hezbollah, the Shiite movement that has shown its clout by carrying out deliveries without the government’s approval.

“We support efforts to find transparent and sustainable energy solutions that will address Lebanon’s acute energy and fuel shortages.

“This is, in our minds, Hezbollah playing a public relations game, not engaged in constructive problem-solving.”

He stopped short of saying that Lebanon would be subject to US sanctions and noted that President Joe Biden is willing to lift measures against Iran if it returns to full compliance with a 2015 nuclear accord.

Lebanese Prime Minister Najib Mikati, whose government was formed after a year-long delay, has denounced the deliveries as an attack on sovereignty and said he believed his country would not be hit by US sanctions.

Lebanon has been grappling with multiple crises including a financial crisis of historic proportions and can no longer afford to impede key goods.

Motorists have been forced to wait for hours if not days for fuel and electricity shortages have plunged the country into darkness.

According to analysts the only reason Lebanon ran out of fuel , medicine and flour is because Hezbollah smuggled the subsidized commodities to Syria through illegal border crossings making huge profits

The United States has long imposed sanctions both on Iran and Hezbollah and has sought cooperation on Lebanon both with former ruler France and Iran’s regional rival Saudi Arabia.