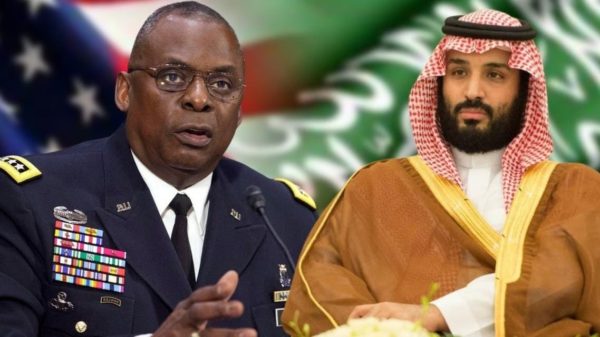 US Secretary of Defense Lloyd Austin, who traveled to the Gulf last week but did not visit Saudi Arabia, still hopes to meet Saudi Crown Prince Mohammed bin Salman, the Pentagon said Monday.

Austin traveled to the Gulf to thank US allies for their support during the massive airlift set up after the fall of the Afghan government and the Taliban capture of Kabul on August 15.

He visited Qatar, Bahrain and Kuwait – but a planned stopover in Saudi Arabia did not take place.

The trip “didn’t happen for some scheduling issues that we understood were on the Saudi side,” said Pentagon spokesman John Kirby.

Nevertheless Austin is “absolutely” willing to meet the crown prince.

“He is the defense minister for Saudi Arabia and we have a strong defense partnership with Saudi Arabia … We fully expect that we’ll get a chance to get this rescheduled. It was postponed, it wasn’t canceled forever,” Kirby said.

One of the highlights of my day was meeting and hearing the stories of our incredible servicewomen and men at @NSA_Bahrain. You all have done heroic work to support the Afghanistan evacuation mission — the largest military airlift mission in history. pic.twitter.com/BT4IifWMO7