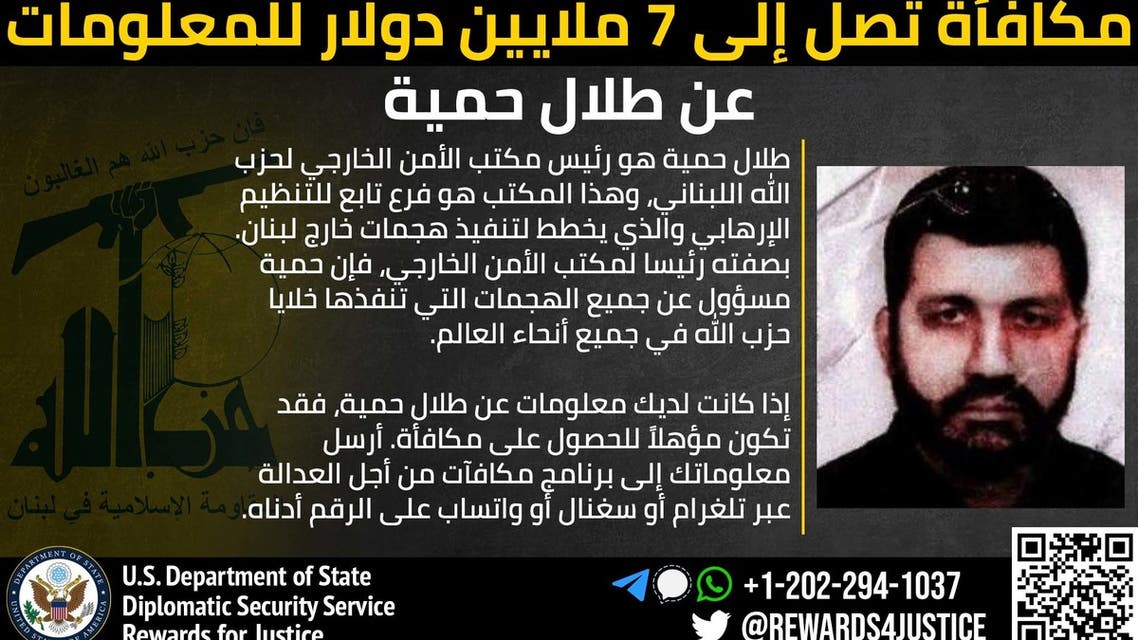 The US has announced a reward on Monday of up to $7 mln for any information on the head of Hezbollah’s external security office responsible for the terror group’s cell operations around the world.

“Talal Hamiyah is considered to be the head of the Lebanese Hezbollah’s External Security Office, which makes him responsible for the organization’s cell operations around the world. Send your information via Telegram, Signal or WhatsApp to the number below, you may be eligible for a reward,” read a wanted poster by the State Department’s Rewards for Justice program on Twitter.

The Rewards for Justice Program (RFJ) is the counterterrorism rewards program of the US State Department’s Diplomatic Security Service. Rewards are offered for information that prevents or resolves acts of international terrorism against US persons or property worldwide.

Last October, the RFJ announced a reward of up to $10 million for any information on ways to disrupt Iran-backed Hezbollah’s funding.

The US has labeled the Iran-backed Hezbollah to be a terrorist group and has sanctioned several of its members, including its leader and deputy leader.