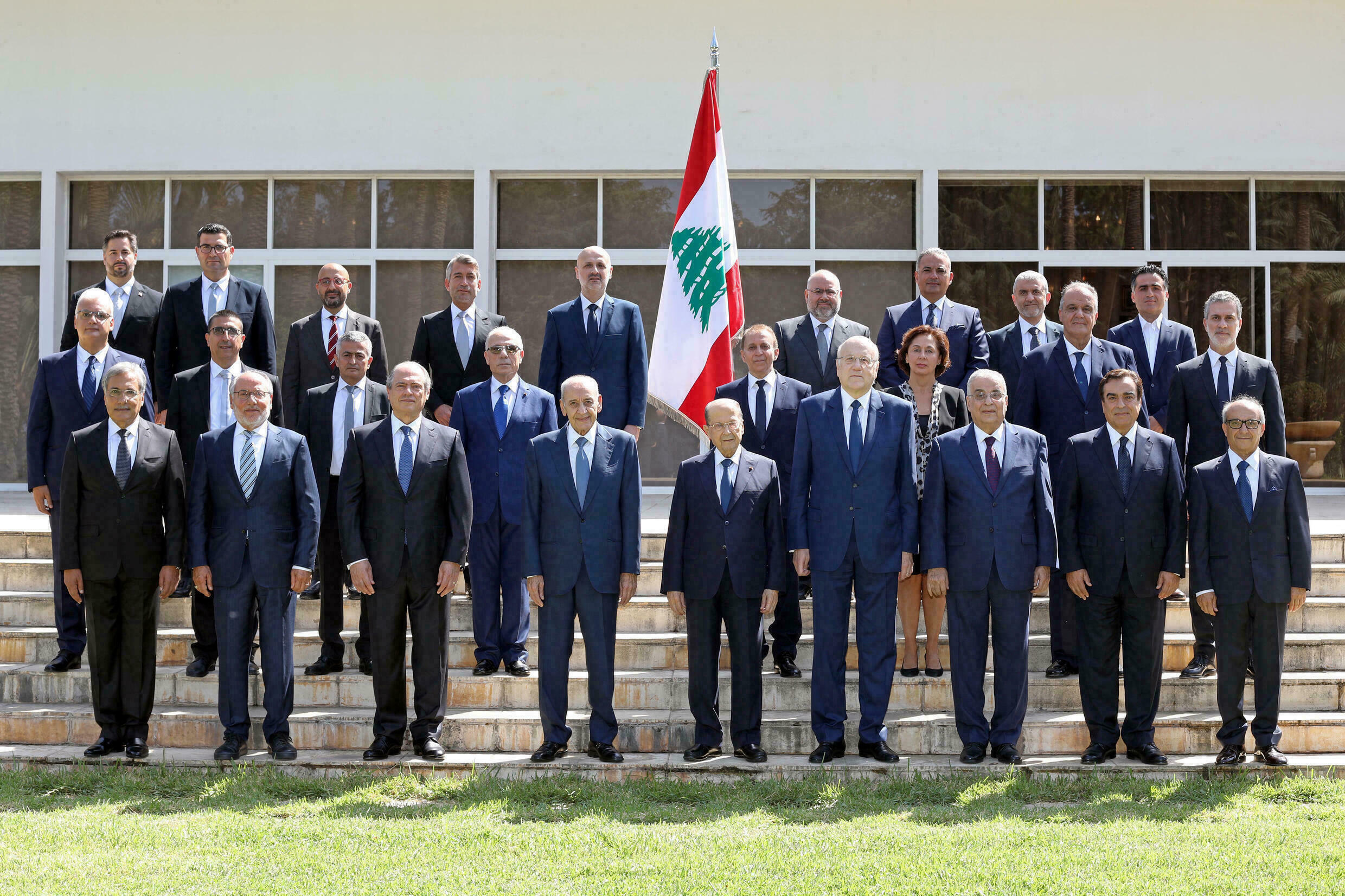 An official photo of the new government . President Aoun 87and Speaker Nabih Berri 83 are shown in the center
Share:

BEIRUT, Sept 13 (Reuters) – Lebanon’s new Prime Minister Najib Mikati, who took office last week promising to revive IMF talks to unlock aid, said on Monday there was no time to lose and no easy path to tackle one of history’s worst economic meltdowns.

The new government, formed after more than a year of political stalemate, met for the first time on Monday, replacing a caretaker administration that had quit in the aftermath of last year’s Beirut port explosion that killed hundreds, injured thousands and left large swathes of the capital destroyed. read more

“It is true that we don’t have a magic wand. The situation is very difficult,” Mikati, a billionaire-turned-politician told the cabinet, according to a statement published after the government’s first meeting.

Lebanese hope the new administration will plot a path out of a crisis that has sunk the currency by some 90% since late 2019 and forced three quarters of the population into poverty.

Mikati pledged to help resolve shortages of fuel and medicine, supplies of which have dried up as the import-dependent nation’s hard currency reserves have run out.

State electricity is available for a few hours a day, if at all, and most Lebanese homes and establishments increasingly rely on private generators.

A generator at a dentist’s clinic in Tyre exploded on Monday leaving seven people injured, a reflection of the safety hazards of relying heavily on the alternative source of power.

Western governments, including the United States and France, have welcomed the cabinet formation, while urging it to quickly implement reforms that international lenders have demanded before loans can flow.

“We need the help of the IMF, the World Bank, regional and international funds,” President Michel Aoun, who approved the new government after months of bargaining, told the cabinet. “What is required are urgent, decisive steps to start reforms.”

Mikati has previously said resuming IMF talks would be a priority. On Friday, he said divisive politics must be put to one side and that he could not go to IMF talks if he faces opposition at home.

In a boost to the government, the finance ministry said Lebanon would receive a total of $1.135 billion in IMF Special Drawing Rights (SDRs), more than the $860 million’s worth that had been expected as part an IMF general allocation.

In addition to the $860 million from 2021, the sum includes$275 million dating from 2009, the ministry said, adding the sum would be deposited with the central bank on Sept. 16.

The previous government failed to implement structural reforms which donors have been urging for years, including measures to address state corruption and waste at the root of the crisis.