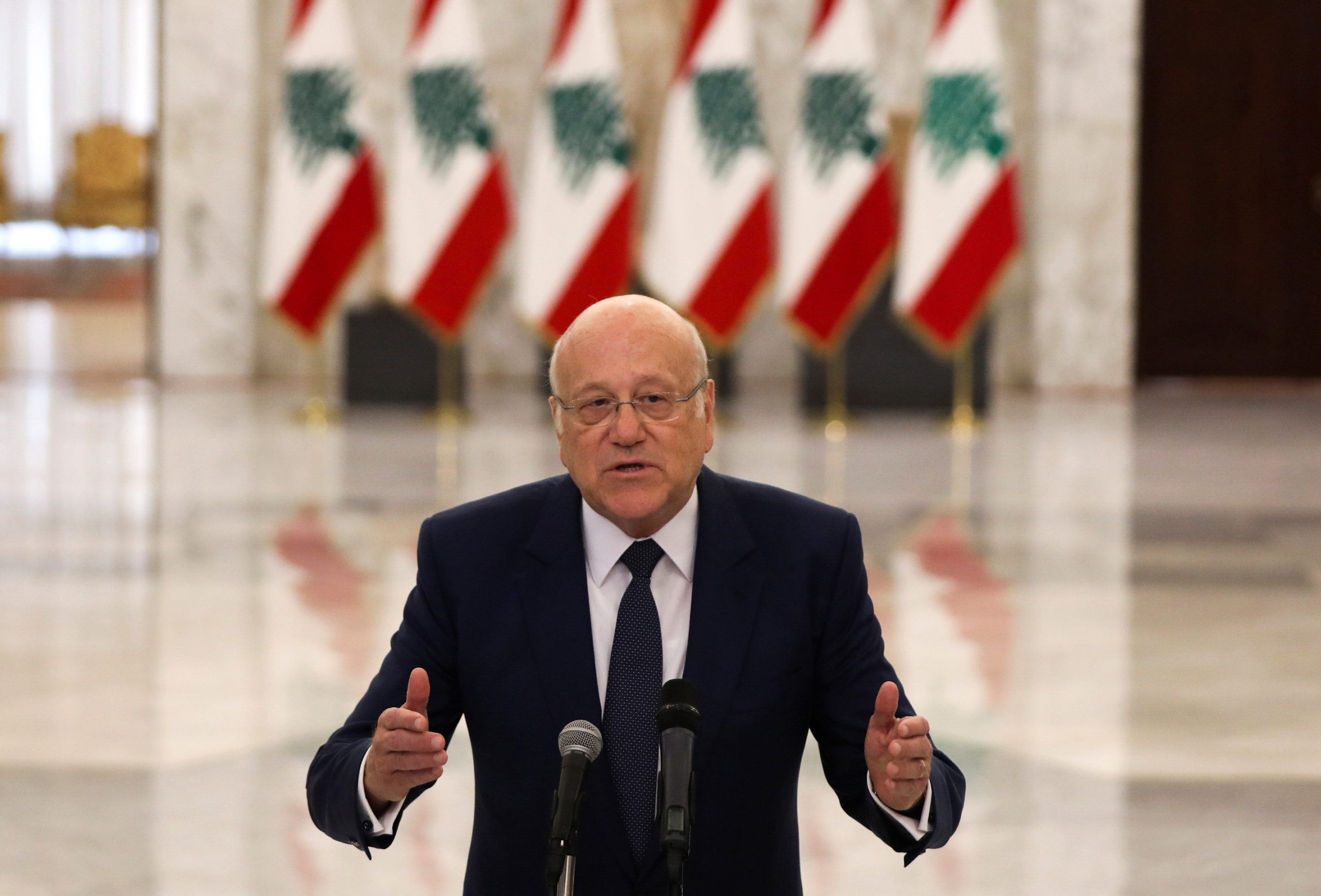 Lebanese factions formed a new government on Friday, breaking a 13-month deadlock that saw the country slide deeper into financial chaos and poverty.

Lebanon has been without a fully empowered government since the catastrophic August 4, 2020 explosion at Beirut port, which forced the resignation of then Prime Minister Hassan Diab’s government. Rival political groups were locked in disagreement over the make-up of a new government since then, hastening the country’s economic meltdown.

The new Cabinet of 24 ministers headed by billionaire businessman Najib Mikati was announced by the president’s office, and later by the secretary-general of the Council of Ministers, Mahmoud Makkieh. Ministers were handpicked by the same politicians who have ruled the country for the past decades and whose corruption and mismanagement many blame for the country’s current crisis.

The new government announced Friday faces a mammoth task that few believe can be surmounted, including undertaking critically needed reforms. Among its first jobs will be overseeing a financial audit of the central bank, and resuming negotiations with the International Monetary Fund for a rescue package to stem the country’s collapse. The new cabinet is also expected to oversee general elections scheduled for next year.

French President Emmanuel Macron said on Friday he welcomed the formation of a new government in Lebanon, and added it was vital that Lebanon’s politicians “stuck to engagements necessary to undertake key reforms”.

Mikati, a businessman tycoon from the northern city of Tripoli and one of the richest men in Lebanon, was tasked with forming a new government in July. He is widely considered to be part of the same political class that brought the country to bankruptcy. He served as prime minister in 2005 and from 2011 to 2013.

It was not immediately clear what last-minute compromise resulted in the breakthrough Friday. The announcement of a new government comes after recent US and French pressure to form a cabinet, after Lebanon’s economic unravelling reached a critical point with crippling shortages in fuel and medicine threatening to shut down hospitals, bakeries and the country’s internet.

The currency has lost 90 percent of its value to the dollar since October 2019, driving hyperinflation and plunging more than half the population in poverty.

Mikati became a favourite for the post after he was endorsed by most of Lebanon’s political parties, including the powerful Iran-backed militant Hezbollah group and the other major Shiite party, Amal, led by Parliament Speaker Nabih Berri. Mikati was also endorsed by former Sunni prime ministers including former Prime Minister Saad Hariri, who abandoned efforts to form a government earlier this year after failing to agree with President Michel Aoun on the cabinet’s makeup.

International calls have mounted for Lebanese leaders to form a new government, but the international community has refused to help Lebanon financially before wide reforms are implemented to fight widespread corruption and mismanagement.

Below is the full line-up as announced by the secretary general of the council of ministers: