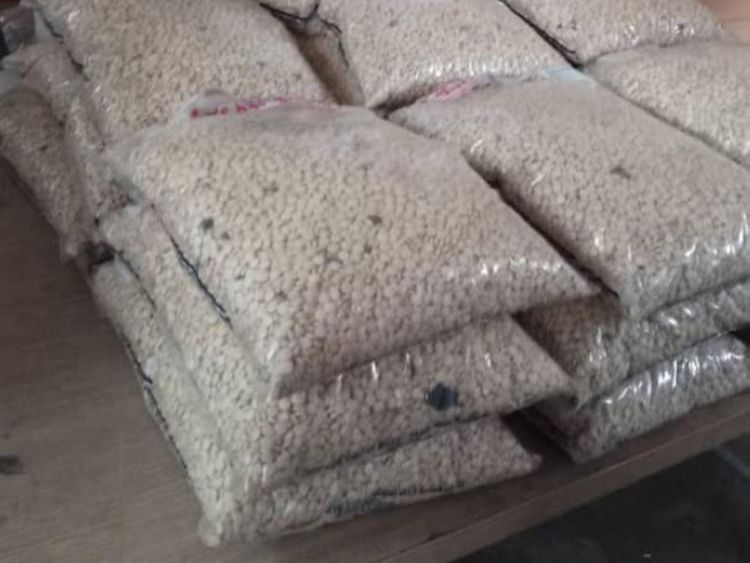 The shipment by Hezbollah of over 450,000 amphetamine tablets to Saudi Arabia via Nigeria was thwarted by the authorities of both countries
Share:

Saudi Arabian and Nigerian authorities have thwarted an attempt to smuggle more than 450,000 amphetamine tablets bound for the Kingdom by sea from Lebanon via Nigeria, local media reported.

The authorities thwarted an attempt by a drug production and smuggling network linked to the Lebanese terrorist organisation Hezbollah, in coordination with counterparts in Nigeria, where the shipment was seized before it was sent to another country to be sent to the Kingdom, the Saudi Interior Ministry said in a statement.

Last April, Saudi Arabia banned Lebanese fruits and vegetables entering the Kingdom or passing through it because those shipments have been increasingly used to smuggle drugs.

Arab countries are Lebanon’s main export markets for agricultural products, accounting for nearly 80 per cent of over $190 million of total exports in 2019, where Saudi Arabia had more than 20 per cent of the share, followed by Qatar.

The Saudi order said drug smuggling from Lebanon has increased, using shipments of Lebanese produce into the Kingdom to smuggle the contraband destined for Saudi Arabia or neighbouring countries. The ban will be in place until Lebanese authorities offer guarantees to stop “systematic smuggling aimed at the kingdom.”