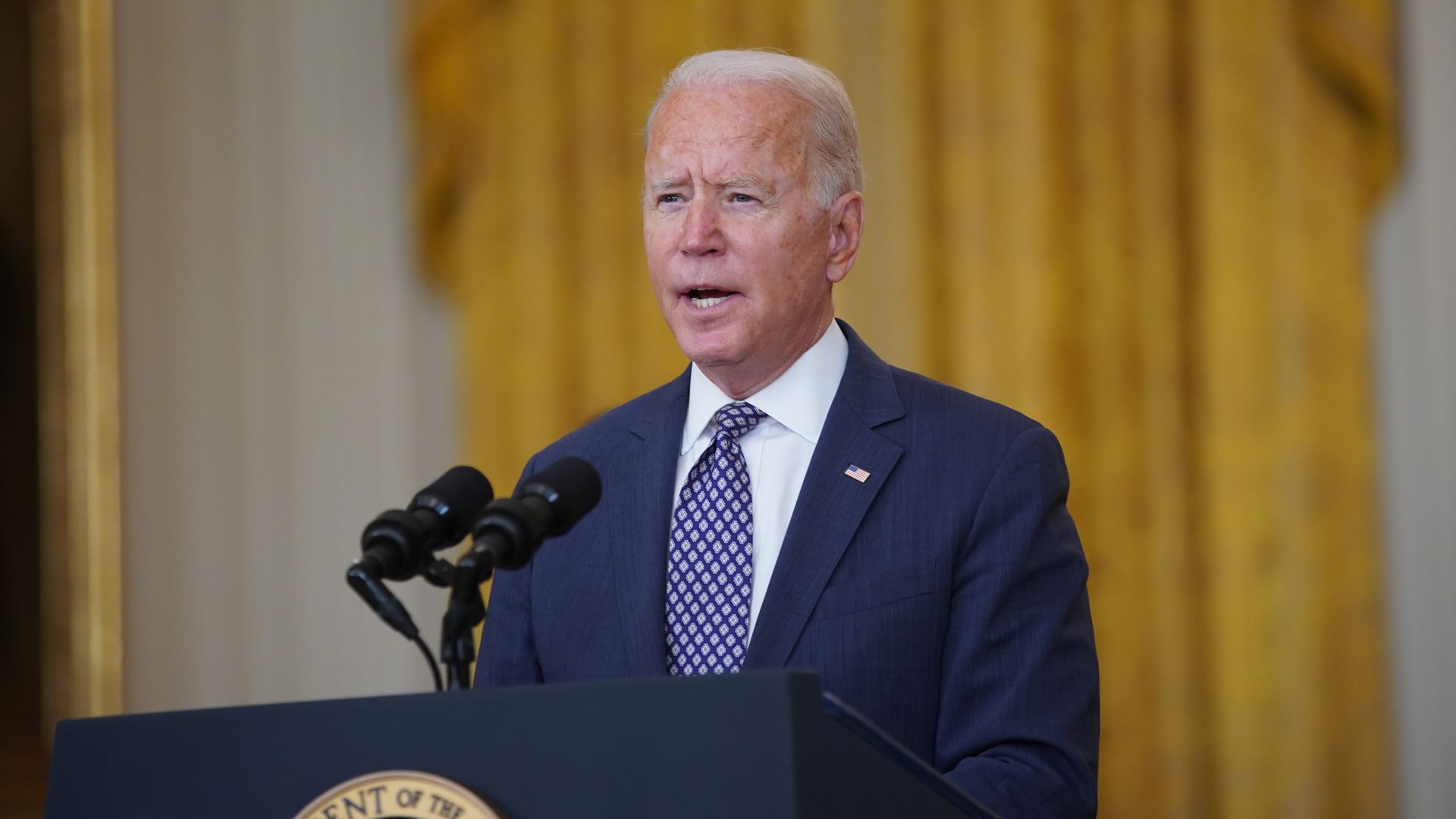 President Biden on Friday said his administration was considering “every opportunity and every means” to get Americans and Afghan allies through Taliban checkpoints and into the Kabul airport.

State of play: Biden said Taliban militants are allowing those with American passports to pass through their checkpoints, but added that the United States is now figuring out how to handle the “mad rush” of non-Americans who are attempting to cross.

By the numbers: Biden said that 18,000 people have been evacuated since July, 13,000 since the military lift began on Aug. 14 and “thousands more” on chartered flights.

What he’s saying: “This is one of the largest, most difficult air lifts in history, and the only country in the world capable of projecting this much power on the far side of the world with this degree of precision is the United States of America,” Biden said.

Biden officials said they are aware that the Taliban has harassed and in some cases assaulted Americans and Afghans traveling to the Kabul airport, according to the Hill.