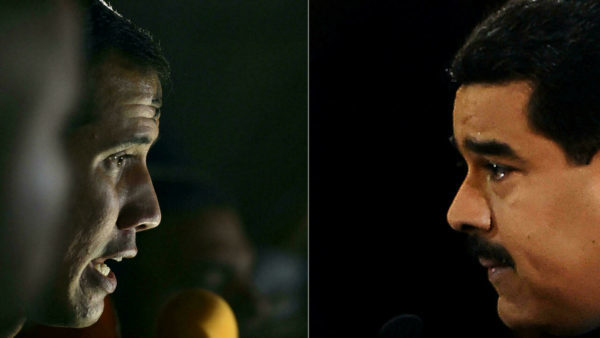 Venezuela’s government and opposition are set to launch a new round of negotiations on Friday in Mexico in another attempt to end a crippling political and economic crisis.

The issues of sanctions, elections and political prisoners are on the table, but President Nicolas Maduro has warned he will not bow to “blackmail” by the United States.

The two sides will sit down at the National Museum of Anthropology in Mexico City to begin the dialogue mediated by Norway and hosted by the Mexican government.

Talks in the Dominican Republic in 2018 and Barbados the next year failed to resolve disputes centered on Maduro and Juan Guaido, the opposition leader considered president by about 60 countries.

The parties are due to meet again on August 30 to discuss a seven-point agenda that does not include the departure of Maduro, accused by the opposition of having been fraudulently reelected in 2018.

There could be a softening of certain sanctions and progress on issues such as political prisoners, but Maduro is not on the brink of leaving power, said Luis Vicente Leon, director of Venezuelan pollsters Datanalisis.

The South American nation’s economic crisis has been deepened by a raft of fresh sanctions imposed by Washington following the contested election.

The United States has urged Maduro, a former bus driver who became president on the death of his mentor Hugo Chavez in 2013, to make serious efforts toward holding elections if he wants sanctions relief.

In a state television broadcast on Thursday, Maduro said his country would go to the talks “autonomously and independently and does not submit to blackmail or threats from the United States government.”

Earlier, Maduro said he was seeking an “immediate lifting of all the criminal sanctions” led by the United States, which in 2019 said it no longer considered him the legitimate president after wide allegations of electoral irregularities.

US State Department spokesman Ned Price said the sanctions, which include an oil embargo, were aimed at “promoting accountability” on democracy and human rights.

“We’ve also been clear that the Maduro regime can create a path to easing sanctions by allowing Venezuelans to participate in long overdue free and fair presidential, parliamentary and local elections,” Price told reporters.

Maduro will be represented by a delegation headed by parliament speaker Jorge Rodriguez and the president’s son Nicolas Maduro Guerra, who is also a politician.

The opposition team will be led by the politician and lawyer Gerardo Blyde and include Guaido’s foreign policy chief, Julio Borges, and other former lawmakers.

Guaido, who declared himself Venezuela’s president in 2019 through his position as parliament speaker, wants guarantees over electoral conditions and a clear program for presidential elections, as well as the release of political prisoners.

Maduro never lost control of the country’s institutions, in particular the armed forces, while Guaido was replaced as parliament speaker after the opposition boycotted legislative elections in December.