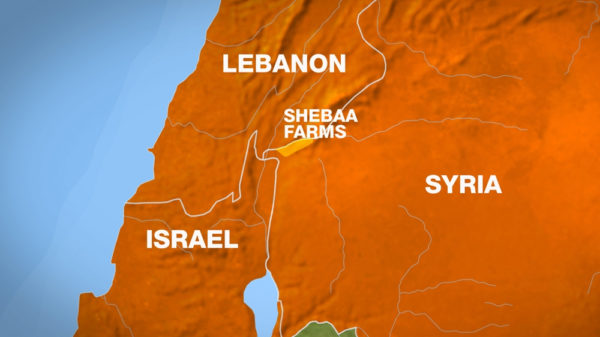 The Iran- backed militant Hezbollah group said it fired a barrage of rockets near Israeli positions close to the Lebanese border on Friday. Some angry villagers, who belong to the Druze sect, could be heard saying: “Hezbollah is firing rockets from between homes so that Israel hits us back.”
Share:

By LAURIE KELLMAN and ZEINA KARAM

BEIRUT (AP) — The Iran- backed militant Hezbollah group said it fired a barrage of rockets near Israeli positions close to the Lebanese border on Friday, calling it retaliation for Israeli airstrikes on southern Lebanon a day earlier.

Israel said it was firing back after 19 rockets were launched from Lebanon, and Prime Minister Naftali Bennett swiftly convened a meeting with the country’s top defense officials.

“We do not wish to escalate to a full war, yet of course we are very prepared for that,” said Lt. Col. Amnon Shefler, spokesman for the Israel Defense Forces.

It was the second straight day of rocket fire from Lebanon. But where Hezbollah took responsibility for Friday’s shelling, it was unclear who was responsible for the attacks early Thursday, Shefler said.

Friday’s exchanges were a significant escalation between Israel’s new government and Hezbollah, and comes amid rising tensions between Israel and Iran that has played out in the Persian Gulf.

Israel’s defense minister warned Thursday that his country is prepared to strike Iran, issuing the threat against the Islamic Republic after a fatal drone strike on a oil tanker at sea that his country blamed on Tehran.

The U.N. peacekeeping force deployed along the Lebanese-Israeli border said it has detected rocket launches from Lebanon on Friday, and return artillery fire by Israel.

Sirens blared across the Golan Heights and Upper Galilee near the Lebanon border Friday morning. Hezbollah said in a statement that it hit “open fields” near Israeli positions in the disputed Shebaa farms area, with “dozens” of rockets. No casualties were reported.

The group said it fired 10 rockets, calling it retaliation for Israeli airstrikes the day before. Those strikes were in retaliation to rocket fire from south Lebanon, which was not claimed by any group.

The escalation comes at a sensitive time in Lebanon, which is mired in multiple crises including a devastating economic and financial meltdown and political deadlock that has left the country without a functional government for a full year.

Hezbollah’s response, rocketing open fields in a disputed area rather than Israel proper, appeared calibrated to limit any response.

Shefler told reporters Friday that 19 rockets had been fired into Israel, of which three fell within Lebanese territory. Ten of the remaining 16 rockets were intercepted by the defense system known as the Iron Dome.

It is also a politically sensitive time in Israel. Israel’s new eight-party governing coalition is trying to keep peace under a fragile cease-fire that ended an 11-day war with Hamas’ militant rulers in Gaza in May.

Israel has long considered Hezbollah its most serious and immediate military threat. It estimates the group possesses over 130,000 rockets and missiles capable of striking anywhere in Israel. In recent years, it also has expressed concerns that the group is trying to import or develop an arsenal of precision-guided missiles.

The attack sparked tensions between locals and Hezbollah. Videos circulated on social media after the rocket attack showing two vehicles, including a mobile rocket launcher, being stopped by villagers in the southeastern village of Shwaya in Hasbaya region near the border with the Golan Heights.

Some angry villagers, who belong to the Druze sect, could be heard saying: “Hezbollah is firing rockets from between homes so that Israel hits us back.”

Hezbollah later issued a statement saying that the rockets were fired from remote areas, adding that the fighters were stopped in Shwaya on their way back.

“The Islamic Resistance was and will always be most keen about the safety of its people and avoiding any harm to them through its acts of resistance,” the statement said.

Hezbollah, which in recent years has been fighting alongside Syrian President Bashar Assad in the neighboring country’s civil war, named Friday’s operation after two of its fighters who were killed by Israeli fire.

Ali Mohsen was killed in July last year in an Israeli airstrike near the Syrian capital Damascus. Mohammed Tahhan was shot dead by Israeli troops along the Lebanon-Israel border in May during a protest in support of Gaza during this year’s Israel-Hamas war.