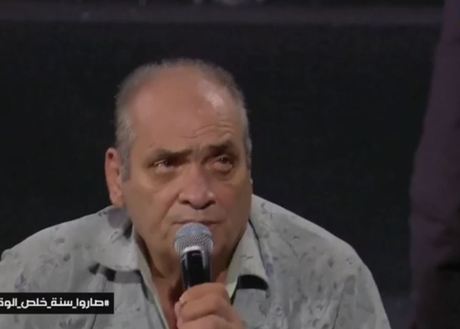 Imad Kishli, a truck driver who says that he had worked for decades at the Beirut port before being wounded in the Aug 4, 2020 explosion said he shipped some suspicious products to south Lebanon
Share:

Imad Kishli, a truck driver who says that he had worked for decades at the Beirut port before being wounded in the Aug 4, 2020 explosion, appeared Wednesday night in an interview on MTV.

Asked whether he had witnessed a “suspicious movement” at the port, Kishli said: “Several times, not only once, the last of which was on August 4 (2020), and the movements started at 5am.”

“The port was full of security agencies… ‘You can’t stop here, move forward, move backwards,’ (they were saying),” Kishli said, referring to the hours that preceded the blast.

Asked whether he had ever transported material whose nature was not known to him, the man said: “Yes… it’s a long story.”

He added that the last such trip that he made was around four years ago and that it was to south Lebanon.

Pressed to say whether it was an ammonium nitrate consignment, Kishli said “God knows,” adding that he made two trips to the South and that the material was in a metallic container which he did not open.

“I did not know that it might explode or be used for manufacturing,” Kishli went on to say.

Pro Hezbollah journalist Salem Zahran dismissed Kishli’s remarks and called Kashli the “Zuheir al-Siddiq 2,” in reference to a Syrian national described as a “false witness” during the international investigation of the assassination of former PM Rafik Hariri .

A Hezbollah operative was indicted in Hariri’s murder last year .

According to Lebanese media reports the ammonium nitrate at the Beirut Port was brought in by Hezbollah with the help of Russia to be used by the Syrian regime in its barrel bombs against the civilians at a time when Syria was not allowed by the UN to have any explosive chemicals in the country .

Only about 20 % of the 2750 tons of ammonium nitrate exploded in the Aug 4 blast last year according to an FBI report , the rest was removed from the warehouse . The bulk of the explosive chemical ended up in Syria and Hezbollah shipped several tons to Cyprus, Germany and the UK for bomb making