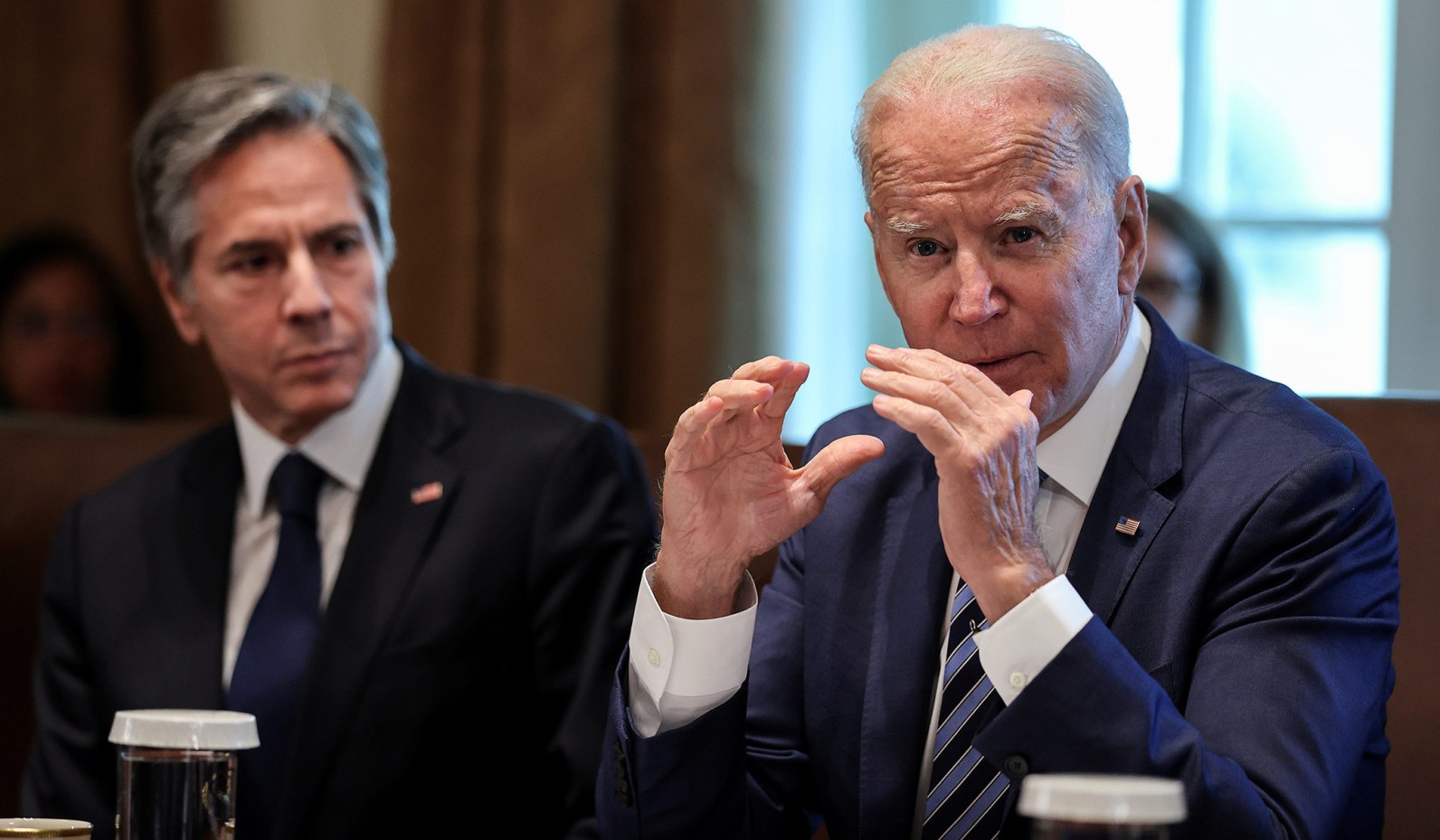 The JCPOA has been on life support since Biden came into office. The president should explain — to Americans and to Iran — what he plans to do when it is finally declared dead.

The Biden administration has a very clear policy toward Iran: Get back in the Joint Comprehensive Plan of Action (JCPOA) and then negotiate a “longer and stronger” agreement, one with longer sunsets and that covers Iran’s missile program and its support for terrorism.

Simple enough. What Biden, Sullivan, Blinken and company have never explained is what’s Plan B when that policy fails. And it will surely fail, as has become increasingly evident this summer.

When the administration began, it was already clear that a return to the JCPOA was not guaranteed. Privately, officials rated it as a 75–80 percent chance. And it was already clear that a “longer and stronger” agreement was extremely unlikely. Why, after all, should Iran agree to more concessions after the terms of the JCPOA required the United States to lift the most significant economic sanctions?

In the last few months, the chances of getting back to the JCPOA have fallen farther. The supreme leader’s going-away present to outgoing Iranian president Rouhani, in a speech the New York Times headlined as “Khamenei Adds to Doubts on Iran Nuclear Deal,” was to condemn “trust in the West.” And even if by offering some deeper, even more damaging U.S. concessions Biden lures Iran back to the JCPOA, the chances for a follow-on agreement are near zero.

Meanwhile, Iran has been moving forward rapidly toward nuclear weapons. It is enriching uranium to higher levels and preventing International Atomic Energy Agency inspections. The IAEA’s May 31 report on the “NPT Safeguards Agreement with the Islamic Republic of Iran” is a catalogue of unanswered questions. In polite language, Rafael Grossi, the IAEA director general, states that there are four locations where uranium particles have been found — and no answers from Iran. Instead there is obfuscation, delay, and violation of Iran’s legal obligations. “The lack of progress in clarifying the Agency’s questions concerning the correctness and completeness of Iran’s safeguards declarations seriously affects the ability of the Agency to provide assurance of the peaceful nature of Iran’s nuclear programme,” Grossi states.

Translated from diplo-speak, that means Iran is getting closer to a weapon and keeping us in the dark. Grossi himself was straightforward in an interview: “We found traces of uranium that has been subject to industrial processing in different places, which had not been declared by Iran. That is a big problem.” Indeed it is, especially when Iran is now enriching uranium to 60 percent — a grade needed only when preparing to build nuclear weapons.

Biden officials have admitted that this can’t go on forever. At some point Iran’s activities will have made the JCPOA and its sunsets a joke, by undertaking activities supposedly forbidden for years to come. Negotiations will resume in late August, with Iran’s new president, the sanctioned “hanging judge” Ebrahim Raisi, having taken over. If talks go nowhere in the summer and early fall, while Iran’s nuclear-weapons program progresses, at some point the United States will have to say the game is over. Certainly Israel will be saying so more and more loudly.

If a return to the JCPOA is out, what might Plan B look like? In truth there are several things the Biden administration can do — easily and logically. The problem is politics.

With Iran violating the JCPOA more and more aggressively despite Biden’s pleas, step one should be maintaining all the Trump-era sanctions, indefinitely. That is what the Trump administration planned to do: keep sanctions on until Iran understands that it must negotiate. The sanctions place Iran’s economy under enormous pressure; recently its foreign-currency reserves were down to $4 billion, less than half of Afghanistan’s. The “maximum pressure campaign,” which Trump began in 2018, did not fail; it did not have enough time. Biden can continue it and see if Iran acts differently. In any event, there is no defense for lifting any sanctions while Iran violates the JCPOA and continues to support terrorism throughout the Middle East — and even in the United States.

There is a second logical step: Snapback.

Remember snapback? This provision, built into the JCPOA in 2015, permitted any party that is a participant in the deal to “snap back” all the U.N. sanctions. Trump tried it, but every other country said the U.S. had withdrawn from the JCPOA and thereby lost the right to impose snapback. Then Biden returned to the agreement, and on February 18 he informed the U.N. that everything Trump had said to that body regarding the JCPOA was now rescinded. Biden’s job would be persuading France and the U.K. to go along in the Security Council, and persuading Germany to support the move. This should be far easier now, for two reasons. First, whatever the facts were in 2018 when Trump left the agreement, it has become crystal clear that Iran is in significant violation of it. Second, rejecting such a move by Biden would be difficult for the Europeans given all the efforts to patch up U.S.–European relations since January 20.

There is a third logical step as well: getting serious about Iranian military activity. If Iran is going to continue its recent behavior — building toward a nuclear weapon, leading Shiite militias in Iraq to attack Americans there, engaging in terrorist activities — the United States should respond more directly. President Biden should say what President Obama did about Iranian nukes: that “all elements of American power” will be used to prevent Iran from getting nuclear weapons. The United States should also begin better planning with Israel in view of the potential need, at some future date, to act against Iran’s nuclear program before it creates a weapon. As to terrorism, the president should tell Iran clearly now that if an American is killed by a Shiite militia in Iraq linked to and armed by Iran, the United States will respond against Iran — not against some proxy group in Iraq. And he should state clearly that an Iranian-backed terrorist attack in the United States will result in direct consequences for Iran itself.

But as noted, the problem is politics. How much support is there in the Democratic Party for any such steps — for any Plan B? The JCPOA has taken on sacred status, and Democrats have with rare exceptions bought into the line that it’s the JCPOA or war. Biden is boxed in by some of the rhetoric that he, Obama, and the Obama flacks such as Ben Rhodes used in 2015. While a small handful of Democrats may take a different view in public and a few more may silently recognize that the Obama–Biden policy is now dangerously out of date, the party will stick with the old line as long as Biden does. And so far, he has shown no willingness or ability to rethink the arguments made in 2015, when Obama said this at American University:

Congressional rejection of this deal leaves any U.S. administration that is absolutely committed to preventing Iran from getting a nuclear weapon with one option, another war in the Middle East. I say this not to be provocative; I am stating a fact. Without this deal, Iran will be in a position, however tough our rhetoric may be, to steadily advance its capabilities. Its breakout time, which is already fairly small, could shrink to near zero. The choice we face is ultimately between diplomacy or some form of war. Maybe not tomorrow, maybe not three months from now, but soon.

JCPOA or war — pretty simple formula. If Biden and the Democrats continue to actually believe that, they will make endless concessions to get back to the JCPOA or will declare the negotiations and the entire deal alive long after they are in fact dead.

A less biased press would now be asking about Plan B, and Republicans in Congress should certainly do so. Plan A has been on life support since Biden came into office. The president should now explain, to Americans and not least to Iran, what he plans to do when the JCPOA is finally declared dead.

ELLIOTT ABRAMS was special representative for Iran in the Trump administration. He chairs the Vandenberg Coalition and is a senior fellow at the Council on Foreign Relations.