No govt will be formed since Aoun won’t cooperate with Miqati , either says Lebanon MP 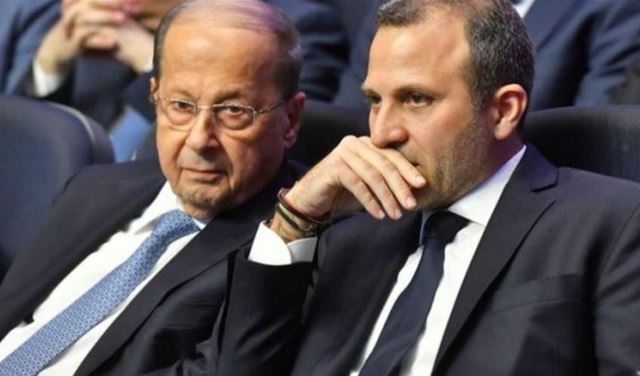 File photo : President Michel Aoun and his son-in-law MP Gebran Bassil . who is reportedly the most despised politician in Lebanon are considered the main obstacle in approving Lebanon Parliament’s amendment for the election to be held in March 2022 .
Share:

MP Michel Daher said on Thursday that former PM Najib Mikati will be named as the PM designate on Monday ,but President Michel Aoun, will not give Najib Mikati what he did not give to former Prime Minister Design ate Saad Hariri, and Mikati will not accept anything less than what Hariri requested. For this reason we will witness a very quick resignation and another collapse of government formation process and the people will continue to pay the heavy price for the ruling class’ impotence .

“Former – PM Hariri has suggested during a meeting for the former PMs to nominate either Miqati or Tammam Salam, but he ran into their objections after they said that cooperation with president Michel Aoun is impossible ,” Asharq al-Awsat newspaper quoted parliamentary sources as saying on Wednesday .

But Berri is hoping that, in cooperation with Hariri and the former PMs, he might convince Miqati to reconsider his decision,” the sources added.

“The parliament speaker is against the formation of a one-sided government that resembles the current resigned government of PM Diab a” the sources went on to say.

The sources also revealed that Berri has communicated with Hezbollah’s leadership and with Hariri and Miqati because “he has no intention to agree to a one-sided government that lacks the ability to deal with the international community and secure any help for the economy.”

This development comes after Hariri surprisingly resigned his mission as the designate PM which plunged the country into darkness. As he walked out of his meeting with Aoun of the crisis-stricken nation, his final words were reportedly “God help Lebanon.”

Hariri tried to convince Aoun of the merits of a nonpartisan 24-member cabinet equally split among Sunnis, Shiites, and Christians. Aoun, aging and determined to bequeath the presidency to his son-in-law and former Foreign Minister Gebran Bassil, however, refused to relent, reportedly at Bassil’s behest. He demanded more than eight ministries to acquire a veto over all decisions, and he also infringed on the constitutional right of the prime minister by insisting on choosing them.