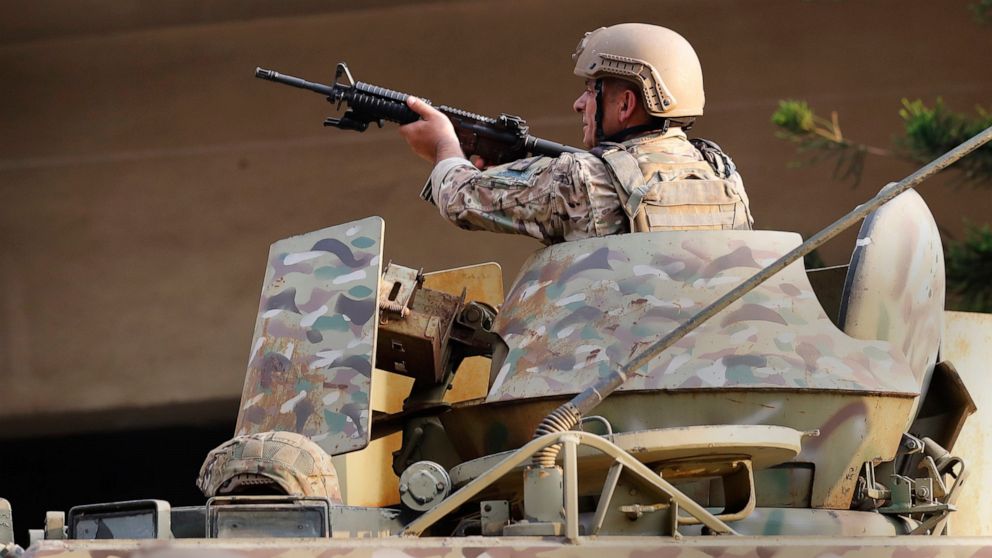 A Lebanese soldier fires in the air to separate protesters, during a clash with supporters of Prime Minister-designate Saad Hariri who stepped down on Thursday in Beirut, Lebanon, Thursday, July 15, 2021. Hariri says he is stepping down, nine months after he was named to the post by the parliament. He is citing “key differences” with the country’s president, Michel Aoun. (AP Photo/Hussein Malla)
Share:

Al-Jadeed television interviewed PM-designate Saad Hariri last night and following the interview it published the draft line-up that the PM-designate presented to President Michel Aoun prior to his resignation.

The line-up was based on the French initiative which called for a government of experts .

Hariri’s exit on Thursday comes amid a financial downturn branded by the World Bank as one of the planet’s worst since the mid-19th century.

It leaves the country rudderless as Lebanon faces soaring poverty rates, a plummeting currency, renewed street protests and shortages of basic items including medicine and fuel.

“Lebanon, towards more danger,” read a headline on the front page of the country’s Annahar newspaper on Friday.

The Lebanese pound, officially pegged to the dollar at 1,507, plunged to new lows on the black market following Hariri’s announcement, selling for more than 21,000 to the greenback . On Friday the pound hit another low of 23, 000 to the dollar