Hariri blames Aoun and Hezbollah for failure to form a gov. ‘They tortured Lebanon and took us to hell’ 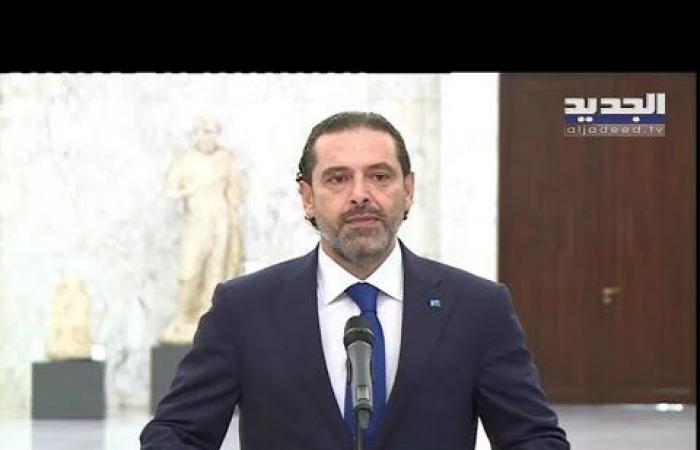 Lebanon’s former PM and resigned PM designate Saad al-Hariri said on Thursday he gave up on government formation after he was sure President Michel Aoun still wanted a blocking minority. he blamed Aoun and the Iranian backed Hezbollah militant group for failure to form a cabinet. Patriarch Rai reportedly told a former minister that Aoun never wanted Hariri as a PM
Share:

Lebanon’s former PM and resigned PM designate Saad al-Hariri said on Thursday he gave up on government formation after he was sure President Michel Aoun still wanted a blocking minority.

He denied imposing conditions on Aoun.

He announced that his Future Movement parliamentary bloc would not nominate a successor for the PM post.

“I nominated myself to form a government based on the French initiative, which means a government of specialists, and today I decided to quit the mission of forming ‘Michel Aoun’s government,’” Hariri said hours after giving up on government formation citing differences with Aoun

“I resigned in 2019 because I wanted a government of specialists and had I formed ‘Michel Aoun’s government’ I would not have been able to rescue the country,” Hariri added.

“There is a camp that has decided to torture the country and take us to hell and all the obstacles that I faced were created by this camp,” the former PM went on to say, referring to Aoun and his party.

Noting that he quit the formation mission because Aoun “did not a government,” Hariri said adding

“The solution is to form a government as soon as possible, whichever government it may be, but what’s important is that they work on the IMF program.”

“We will not nominate anyone, but we won’t obstruct nor paralyze the country, and we might grant the government our confidence if it’s a good government,” Hariri added.

Addressing Hezbollah’s role during the process of Government formation he said:

“Hezbollah did not exert enough effort to form the government,” , adding that no one believes that the party had pressed Free Patriotic Movement chief Jebran Bassil to facilitate the government’s formation.

Asked whether he “thanks the Shiite duo” ( Hezbollah and Ama), Hariri said he I expressed gratitude to Amal leader Speaker Nabih Berri only.

“I want to thank Speaker Berri for standing by me during this period, whose main objective was the formation of the government,” Hariri added.

He added Hariri: Since 1990 until today, Hezbollah has been against all reformist issues, and the main problem in the country today is Aoun’s alliance with Hezbollah.

In response to a question about his meeting with Egyptian president Abdel Fattah al-Sisi Hariri said “President al-Sisi was keen on the government’s formation , but we did not discuss the issue of resignation and the media reports in this regard were inaccurate. “