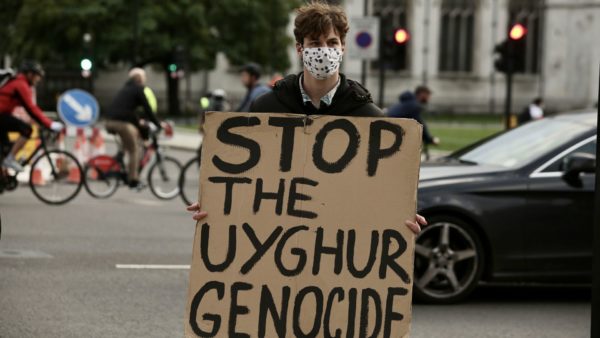 The US Senate has passed legislation that would ban products imported from China’s Xinjiang region, the latest move to pressure Beijing over what Washington says are major human rights abuses against the Muslim Uyghur community.

The Uyghur Forced Labor Prevention Act, which cleared the upper chamber by unanimous consent late Wednesday, is intended to bar the import of products made through forced labor which is allegedly being used in the northwestern Chinese region.

“The message to Beijing and any international company that profits from forced labor in Xinjiang is clear: no more,” Republican Senator Marco Rubio said in a statement.

“We will not turn a blind eye to the CCP’s (Chinese Communist Party’s) ongoing crimes against humanity, and we will not allow corporations a free pass to profit from those horrific abuses.”

The measure now heads to the House of Representatives, which must pass it if it is to reach President Joe Biden’s desk for his signature.

The United States has already taken action against China over Xinjiang, in addition to Secretary of State Antony Blinken meeting with survivors of Xinjiang internment camps last week in Washington.

Washington banned imports of solar panel materials from a Chinese company and placed trade restrictions on four others for alleged use of forced labour in the region.

Rights groups believe at least one million Uyghurs and other mostly Muslim minorities have been incarcerated in camps in Xinjiang, where China is also accused of forcibly sterilising women and imposing forced labour.

Beijing has denied all allegations of abuses and has insisted its policies in Xinjiang are necessary to counter violent extremism.

The legislation calls for the distribution of guidance to importers regarding “effective supply chain tracing” and other due diligence actions to prevent the import of products made through forced labor.

It also directs the US Customs and Border Protection and other government departments to draw up plans for preventing such imports, and for identifying the facilities, companies or persons involved in forced or involuntary labor.