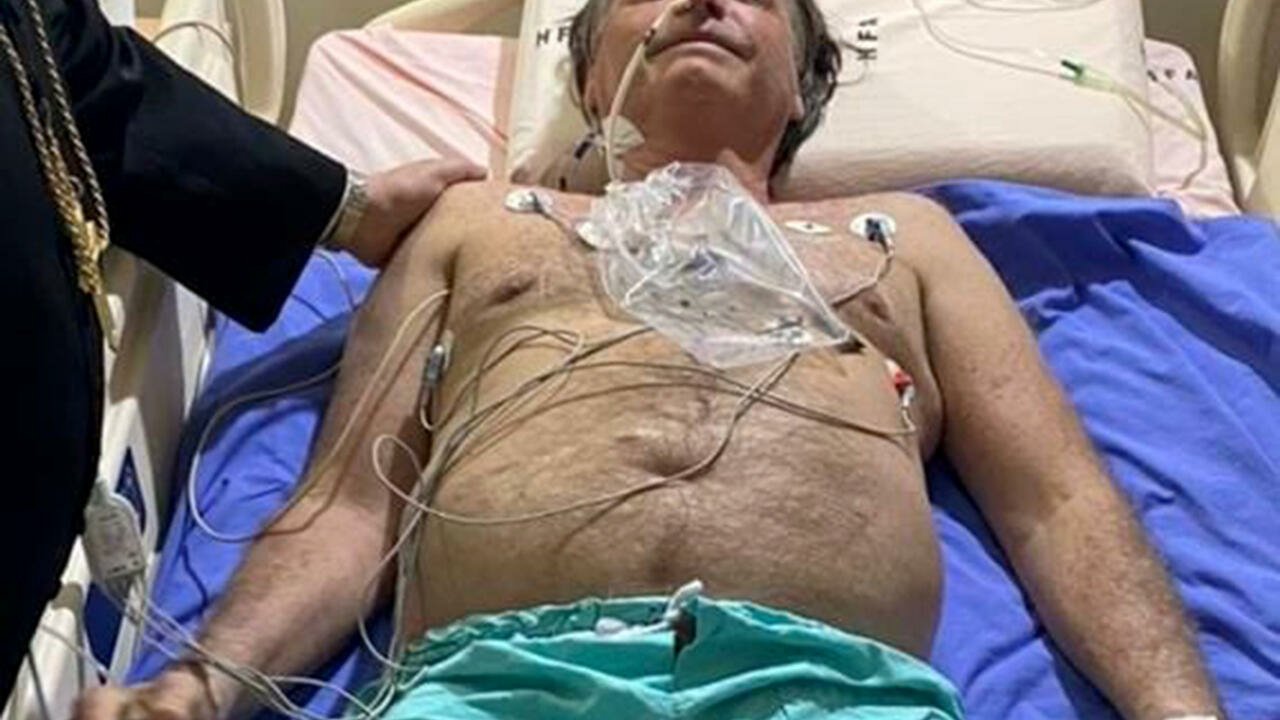 Brazil President Jair Bolsonaro was making satisfactory progress on Thursday according to the hospital where he is receiving treatment for a blocked intestine.

Far right leader Bolsonaro was taken to a military hospital in the capital Brasilia on Wednesday after suffering persistent hiccups and abdominal pain for around 10 days.

The 66-year-old was later transferred by a Brazilian Air Force airplane to the Vila Nova Star private hospital in Sao Paulo for further tests to determine whether or not he would need to undergo surgery.

The hospital decided on Wednesday to begin with a “conservative clinical treatment.”

It said in a statement Thursday Bolsonaro remained in its care and was “evolving satisfactorily.”

“The previously established treatment plan remains in place. The president will remain with no discharge scheduled,” the hospital added.

There are no plans to operate but should the hospital change its mind, it would be the president’s seventh surgery since he was stabbed in the abdomen in 2018 on the campaign trail.

His legislator son, Eduardo Bolsonaro, said in a video published to Telegram that doctors had removed “close to one liter (a quarter of a gallon) of liquid” from the president’s stomach that was caused by the obstruction, considerably alleviating the pain.

Another son, senator Flavio Bolsonaro, said his father had been “intubated as a precaution” when he was taken to the hospital in Brasilia.

His admission to hospital came at a difficult time for Bolsonaro who last week saw his disapproval rating climb to an all-time high.

The Senate has also launched an investigation over his handling of the pandemic, the seriousness of which he repeatedly downplayed and which has cost almost 540,000 lives in Brazil. The investigation was extended by 90 days on Wednesday.

Bolsonaro, who contracted Covid-19 last year, is also being investigated by the public prosecutor for allegedly failing to act on an embezzlement tip-off regarding coronavirus vaccine purchases.

The opposition is pushing for the president of the chamber of deputies to open impeachment proceedings against Bolsonaro.