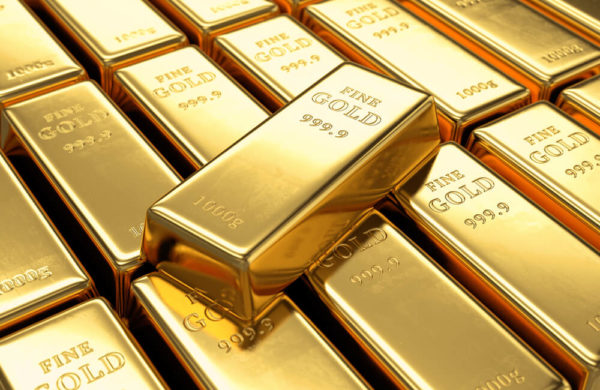 The Central Bank said that Lebanon’s gold reserves “have not been touched,” and will not be touched nor used “as a collateral ” against the country’s interests “as some people wish.”

“Al-Sayyed has been spreading rumors and lies about the Central Bank and its governor and against the banking sector in Lebanon,” BDL charged.

The Banque du Liban also underlined that it will “preserve the obligatory (foreign currency) reserve,” and called on the officials to revive the Lebanese economy and regain local and international trust by “forming a new government that will implement the required reforms.”

According to analysts Lebanon is one of the highest per capita owners in the world , second only in per capita ownership to Switzerland but if the gold which is currently worth about $18 billion is liquidated as some recommended , it will go into the pockets of the corrupt Lebanese politicians that run the country .

In the World Gold Council’s March 2021 report on international gold reserves, Lebanon ranked 20th globally and second in gold reserves only to Saudi Arabia  in the region

The Central Bank has always highlighted the importance of the gold reserves it holds on behalf of the Lebanese state.

In the mid ’70s and early ’80s, BDL moved a large amount of its gold reserves to Fort Knox for security concerns at that time.

Any decision to either liquidate part of the gold or use it as collateral to borrow from the international markets at low interest rates is in the hands of the Parliament.

But since the Taif Accord, no politician or parliamentarian has ever proposed using part of the gold reserves to borrow from the international markets.

Gold reserves typically serve as a safety net that the country could use one day in the event it faced a severe economic crisis. Lebanon is of course facing its worst economic crisis ever , but the politicians of the country cannot be trusted to wisely use the funds to Rebuild the economy . As the saying goes in Lebanon those that destroy cannot build .