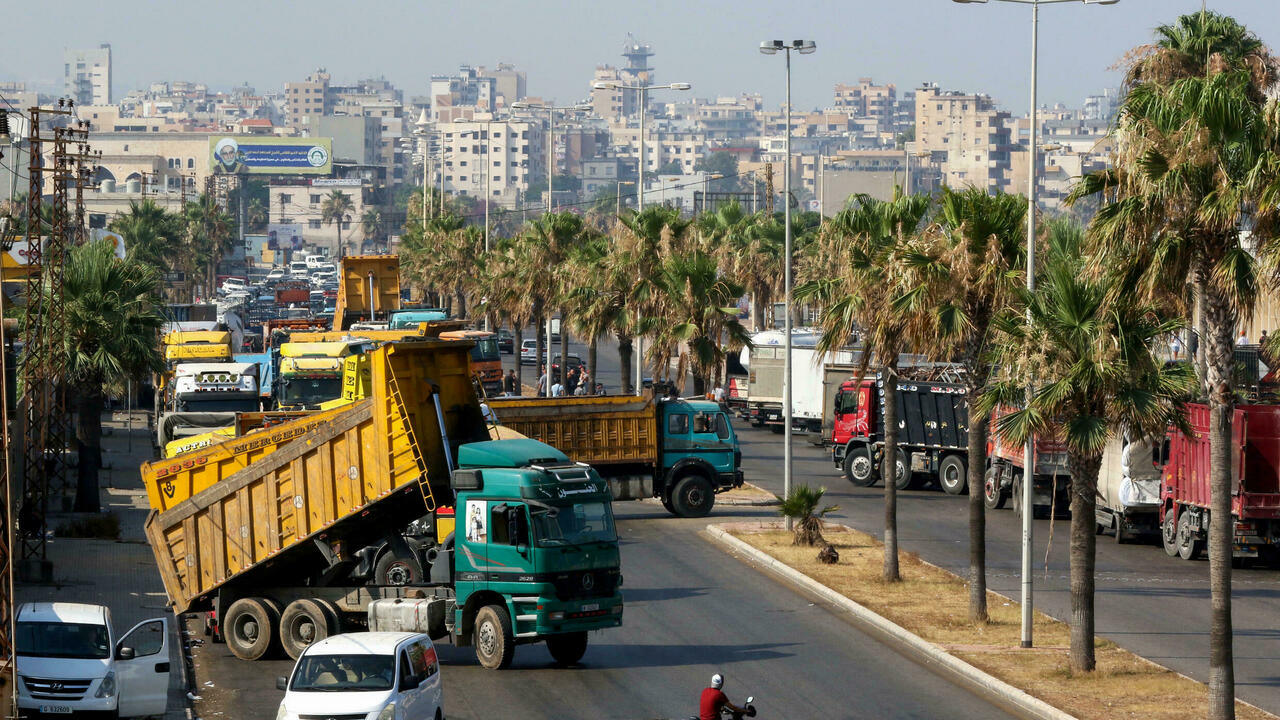 As Lebanon’s economy tanks, foreign envoys are resorting to increasingly undiplomatic language to make clear their exasperation with politicians who demand bailout cash without delivering basic reforms in return.

Donors have conditioned any financial aid to the Mediterranean country on the establishment of a new government to enact urgently needed reforms that would tackle endemic graft.

But while Lebanese citizens slide further into poverty, politicians remain unable to agree on a new government line-up, nearly a year on from a deadly port explosion that forced the last one to resign.

“There’s great frustration with the Lebanese political class, because it’s incapable of placing the common good above its personal interests,” a French diplomatic source said.

As political parties squabble over ministerial portfolios, the Lebanese pound has plunged, lately trading on the black market at less than a tenth of its official value.

Bread has become more expensive and petrol scarce, while at home and work Lebanese swelter during increasingly long power cuts.

Supplies of some drugs have run low and the cash-strapped state can barely buy enough fuel to keep the nation’s power on, respectively leaving charities and private backup generators struggling to fill the gap.

The French diplomatic source said the international community was ready to help Lebanon.

But “sadly we can’t because, opposite us, we have no one to talk to, or we do but they don’t have the means — or the willingness — to act”.

The last government, painstakingly cobbled together, had barely got off the ground before the explosion at Beirut port on August 4, when hundreds of tonnes of ill-stored ammonium nitrate fertiliser ignited, killing more than 200 people.

Foreign donors have over the past year pledged millions of dollars in humanitarian aid to the Lebanese people, including at two conferences organised by former colonial power France.#photo1

But, said the French source, “we’re not going to provide the Lebanese state with a blank cheque”.

A high-ranking UN official said a third donor conference this month would be the chance to sound the alarm over the “humanitarian consequences” of the political paralysis.

“Lebanon –- which has a GDP higher than most poor countries –- is facing food insecurity, malnutrition and issues of access to basic services,” the official said.

But “humanitarian aid cannot be a sustainable solution,” the official noted, adding that the international community will not “take over the state’s… role”.

An Arab diplomat in Beirut said Lebanese decision-makers did not appear to have a plan of their own, hoping instead that the international community would help, without them “making any concession, any change” in return.

“The international community has long been repeating the same thing: Help yourself so that we can help you.”

In Lebanon, more than half the population now lives below the official global poverty line.

“Electric power supply is down at my residence since early morning,” the Japanese ambassador Takeshi Okubo tweeted Friday.

Canada’s envoy, Chantal Chastenay, earlier this month tweeted a photo as she edged bumper-to-bumper in a gas station queue, “waiting in line patiently like everyone”.#photo2

Local media then asked lawmakers and ministers how they filled their tanks.

“The guys” took care of it, they said, referring to their drivers and bodyguards.

In a meeting with ambassadors last week, outgoing prime minister Hassan Diab urged donors to drop their pre-condition that a government be formed ahead of releasing funds.

He said money was needed now to “save” the country, and tried to blame the crisis on a foreign “siege”.

The French ambassador, Anne Grillo, said on Lebanese state television that the country’s collapse was instead “the deliberate result of years of mismanagement and inaction” by the country’s political class.#photo3

The broadcast was then suddenly interrupted.

Alongside her US counterpart Dorothy Shea, Grillo last week headed to Saudi Arabia, to discuss with Riyadh how to press for the creation of a Lebanese “government that is committed to and able to implement reforms”.

The two ambassadors said “concrete actions by Lebanon’s leaders to address decades of mismanagement and corruption” would be crucial to unlocking donor money.

Days earlier, and with the one-year anniversary of the Beirut port explosion fast approaching, the outgoing British charge d’affaires wrote a farewell note decrying “something rotten at the heart of Lebanon”.

“The failure so far to hold anyone accountable… is just the most dramatic example of the impunity and irresponsibility that characterises too much of Lebanese life,” Martin Longden said.