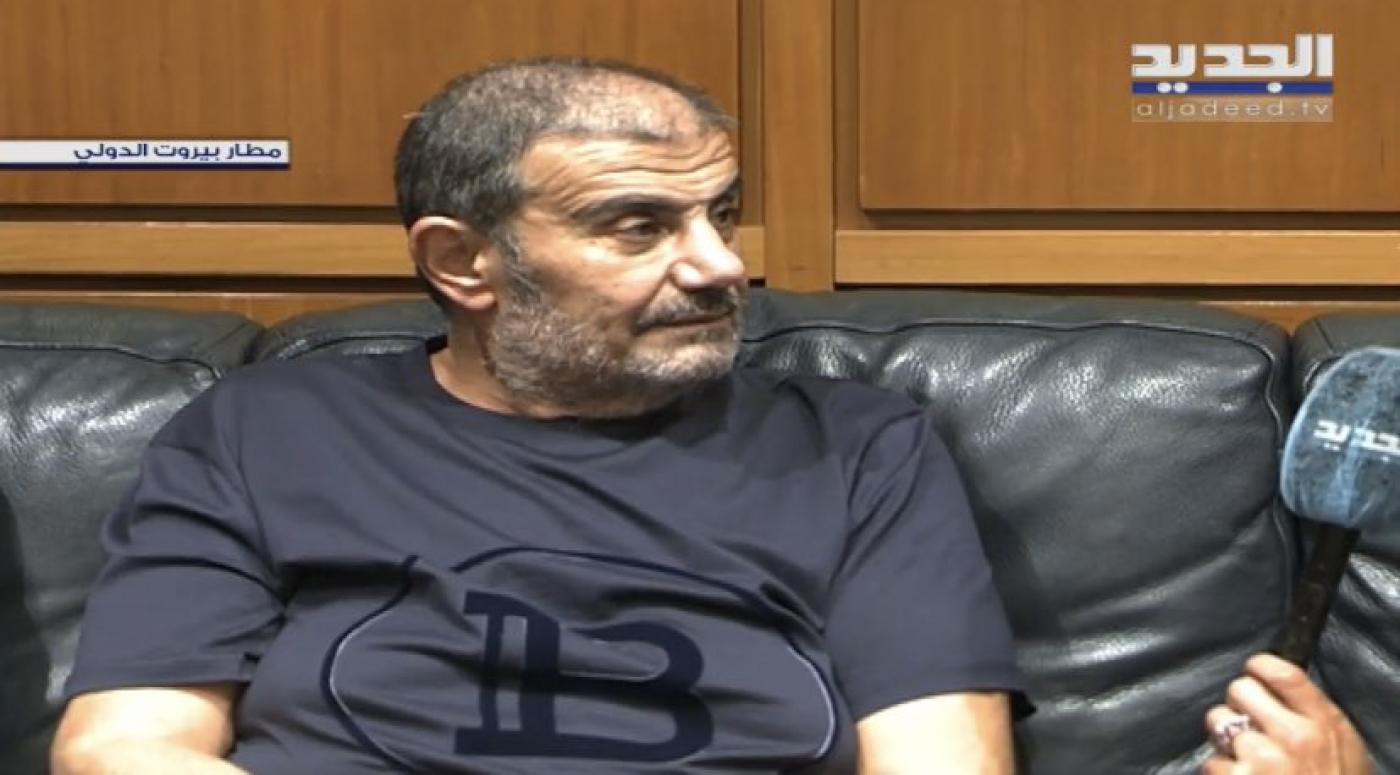 Composer Samir Sfeir giving an interview to Al-Jadeed TV upon his arrival at Beirut airport, on 27 May, 2021. (Screengrab)
Share:

Lebanese composer Samir Sfeir was released on Thursday from detention in Saudi Arabia and arrived in Lebanon’s capital, Beirut.

Sfeir, a celebrated musician and composer, had spent a month and a half in a Saudi prison after he was arrested over his political opinions and tweets regarding Saudi Arabia.

His whereabouts remained unclear until 28 April, when Lebanon’s Ministry of Foreign Affairs and Emigrants tried to ask Saudi authorities about him and the reasons for his detention.

Sfeir said on Thursday that he was for detained in solitary confinement for his “political opinions” for 50 days, and only saw his three interrogators.

Speaking at Beirut airport on Thursday, he said that he made “a mistake” in the way he criticised Saudi Arabia and expressed his support for Lebanese President Michel Aoun and Hezbollah leader Hassan Nasrallah

“I thank God, maybe he wanted this to happen to me, to bring me back to my consciousness,” Sfeir said in an interview with Al-Jadeed TV. “I don’t say that my opinions are wrong, but I say that the way I defended and interpreted my opinions is wrong.”

He vowed to focus on music and leave politics to politicians, apologising to Lebanese pop stars for his past criticisms. He also thanked Saudi Arabia “for bringing me back to consciousness”.

Sfeir is well-known for his ties to Aoun’s Free Patriotic Movement party. He has been living in Saudi Arabia permanently for the past nine months and has visited Riyadh frequently in the past five years.

“I was questioned by four interrogators and the discussion was political. I was asked whether I had a link to Hezbollah’s military wing and I said that I had always voiced support for the army and stated that I was against armed and sectarian parties,” Sfeir told Al Jadeed TV.

“I feel that reports against me were sent from here in “Lebanon ,” he added.