‘Mafias’ and ‘militias’ have brought Lebanon to its knees, activists say 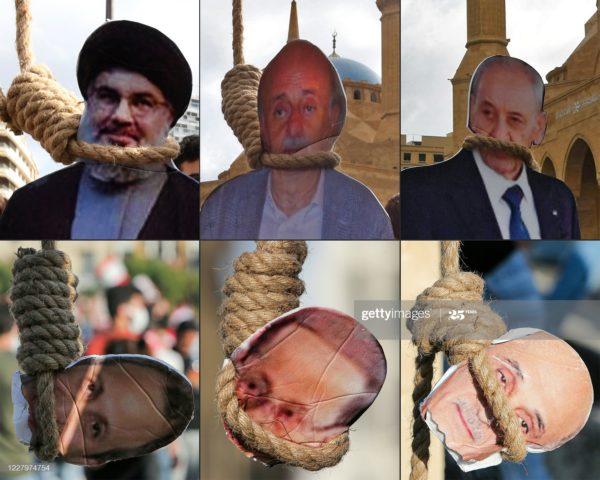 Inside a tiny middle school classroom, Georgette Abushahla has crammed all of her life’s belongings. Two small sofas double as beds for her and her husband.

“Right now, I don’t have a home because it was destroyed in the port blast,” she told CNN, referring to the explosion that ripped through Beirut’s harbor last August. “What can I say? I thank God for what we have.”

Pots and pans sit idle on shelves meant for schoolbooks. She has no kitchen in the closed school and relies on Nation Station, a grassroots charity, to bring her hot meals three times a week.

The group’s young and trendy volunteers zip around on orange mopeds, knocking on the doors of their neighborhood’s neediest and most vulnerable.

Izzo, 78, greets her visitors with a smile and the bustle expected of a generous host.

“I am sorry! We have no power. I don’t have a generator. Please come in,” she said. Lebanon’s national grid is failing, leaving the poorest without electricityfor hours every day.

“I tell them may God give them strength. Knock on wood,” Izzo said as she emphatically knocked on her table and gestured at the volunteers, “I wouldn’t eat without them.”

Nation Station co-founder Josephine Abou Abdo said the group started when she and a few friends began handing out donations from an abandoned gas station two days after the port blast. Now, nine months later, that gas station has been transformed into a community kitchen that supports about 1,000 families.

“We thought that slowly, slowly after the blast the need would diminish, but to our surprise, with the economic situation, the need actually increased,” Abou Abdo explained.

Lebanon is facing economic collapse. Since late 2019, the country’s currency has lost over 90% of its value, and people’s life savings are locked up in banks that have imposed discretionary capital controls. The financial meltdown has pushed half of Lebanon’s population below the poverty line, according to the World Bank.

Political turmoil has exacerbated the crisis. The government resigned after hundreds of tons of ammonium nitrate — neglected and mismanaged for years by Beirut port officials — exploded, leaving more than 200 people dead and thousands more injured. The heart of the city still stands disfigured with countless buildings damaged and destroyed.

After months of political bickering, the ruling elite remain in deadlock over the formation of a new cabinet. Some blame the country’s power sharing system, which allots seats by religious sect, for the gridlock.

A new generation of activists, born out of a popular uprising that started with mass demonstrations in the fall of 2019 — known locally as the October 17th revolution — want this sectarian system of politics overturned and Lebanon’s diverse religious communities united.

“What makes us different is that we really have no affiliation to any politician. We help everyone. We have no discrimination,” Abou Abdo said.

“We really help anyone who belongs to the community because this how you build a better nation. We called it Nation Station because we really want to be the alternative of what we see every day.”

The latest political dispute is between Prime Minister-designate Saad Hariri and President Michel Aoun. Hariri has promised, once he finally has a government in place, to stop Lebanon’s collapse and restart negotiations with the International Monetary Fund (IMF) over a desperately needed bailout.

Lebanon’s problems are complex, but the root cause, critics say, is simple — corruption. In the aftermath of the port blast, Hassan Diab — now caretaker Prime Minister until a new cabinet is formed — lambasted the country’s political elite for fostering “an apparatus of corruption bigger than the state.”

It was the failings of that corrupt, unaccountable system that ultimately led to the tragedy, critics say.

“What happened on the 4th of August here in Lebanon is that the corruption literally exploded in our faces,” Riad Kobaissi, Lebanon’s leading investigative journalist, said.

According to Transparency International’s Corruption Perception Index, Lebanon ranks 149 out of 180 countries, indicating high corruption levels. And the World Bank has blamed the economic depression on a “deliberate lack of effective policy action by authorities,” according to its fall 2020 report.

The corruption ranges from petty bribes to a complex Ponzi scheme where many politicians have a stake in banks that provided loans to the state at sky high interest rates to rebuild Lebanon’s infrastructure after the civil war.

Anger at the system is graffitied on the many concrete barricades around the Parliament, erected to keep protesters away from the building. The words “mafia” and “militia” are scrawled alongside the question: “If not now, when?”

“I am hopeful that gradually my people will be able to make this political class accountable,” Kobaissi explained. “I am not expecting a radical change. I am expecting a gradual change, structural reformation that will happen over decades, but it will ultimately happen.”

But for the families struggling to survive, change can’t come soon enough.