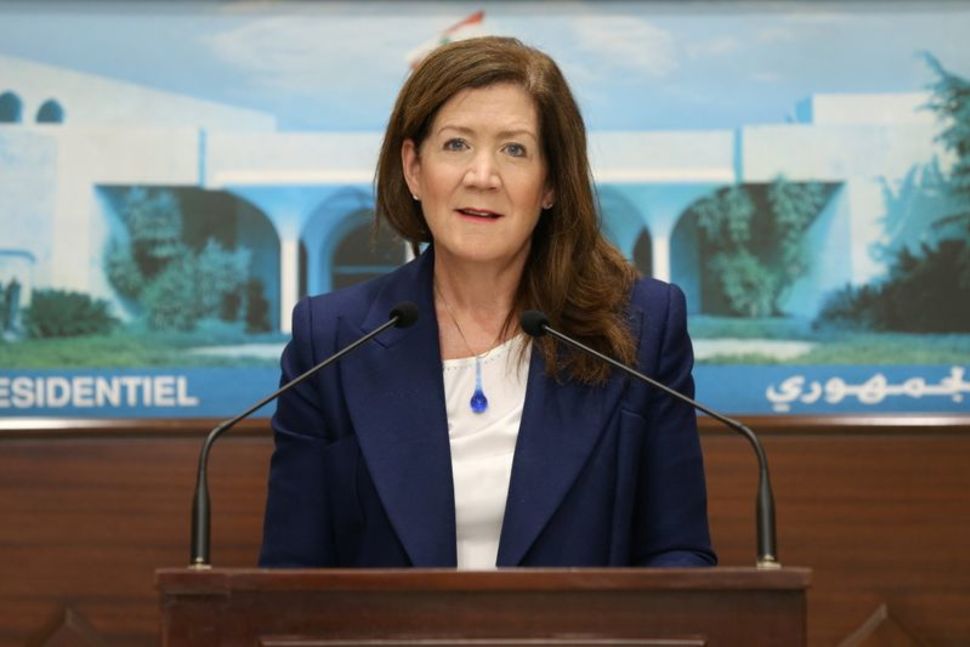 THE U.S. ambassador to Beirut called on Lebanese politicians on Thursday to set aside their differences to rescue the country from its many crises, after months of wrangling that has blocked agreement on a new government.

She joined a chorus of foreign officials urging fractious leaders to agree on a cabinet to tackle Lebanon’s economic collapse, its worst crisis in decades.

“Now that we are almost eight months without a fully-empowered government, isn’t now the time to let go of those demands? To begin compromising?” U.S. ambassador Dorothy Shea said after meeting Lebanese President Michel Aoun.

The outgoing cabinet has stayed on in a caretaker capacity since quitting in August on the back of the port explosion that killed 200 people and destroyed swathes of Beirut.

Saad al-Hariri was designated prime minister in October but has since been at loggerheads with Aoun over the cabinet. Their dispute intensified after a meeting to discuss a new cabinet ended in a public repudiation this week.

“Right now, there is a need for courageous leaders, who are ready to put aside their partisan differences and work together to rescue the country from the multiple crises and self-inflected wounds it is facing,” Shea said.

The pace of the financial crisis has quickened in the past few weeks, with the Lebanese pound losing nearly 90% of its value, protesters blocking roads and shops closing down.

Lebanon’s top Christian cleric also repeated calls on Thursday for politicians to rise above disagreements. “We are determined in our path to save Lebanon and the Lebanese,” Maronite Patriarch Bechara Boutros Al-Rai said.

Before holding talks with President Michel Aoun at Baabda Palace , Shea met Hariri at the Center House where discussions highlighted the latest political developments the US embassy said in a press release.

The meeting was held in the presence of Hariri adviser, former minister Ghattas Khoury.