Can banks save Lebanon from itself? 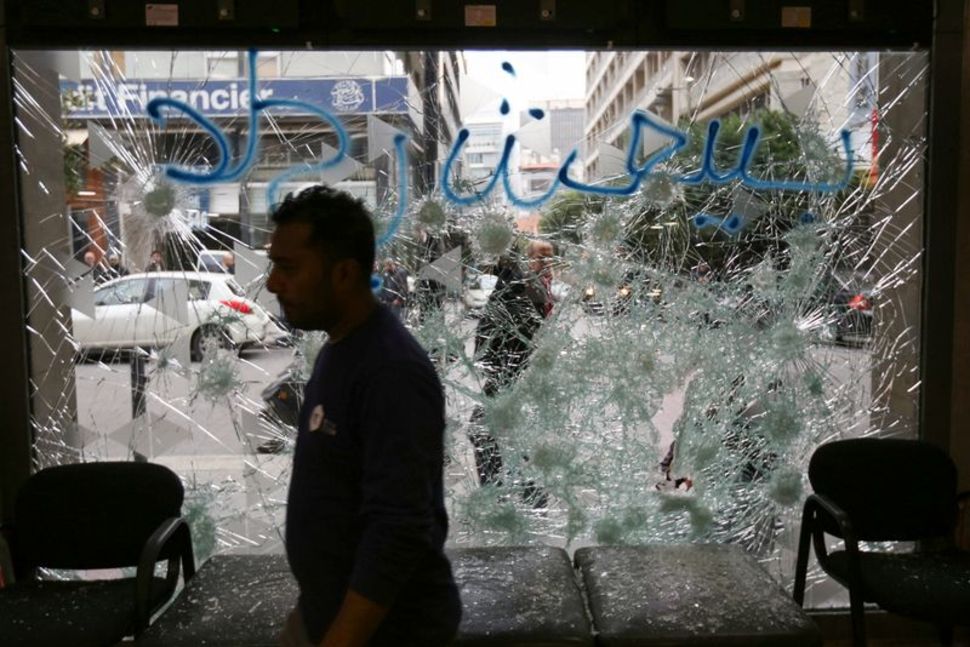 File photo: A man stands near a broken facade of a bank in Beirut, Lebanon, January 15, 2020. REUTERS/Aziz Taher REUTERS
Share:

If the crisis which followed the 2020 explosion in the seaport of Beirut proved anything, it was that Lebanon’s private sector, households, and firms, have a million times the morality, endurance, and determination their own government has. There is no dispute that Lebanon has been cursed with the worst political leadership known to mankind. Lebanese officials are opportunistic thieves who neglected Lebanon and its people. They have done enough damage; they must be held accountable, and they must be brought to justice for what they failed to do.

Their lack of action left the country and its citizens in total despair. However, there must be a light at the end of this dark tunnel. As the country battles a political impasse, there is much the private sector can do to get up, dust off, and move forward. The private sector has done wonders in the absence of government intervention. In fact, in most countries, governments bail out the private sector, except in Lebanon, where the roles are reversed. The most productive economic private sector is banking. Banks operating in Lebanon cannot sit helplessly by and wait for things to happen; they need to make things happen. Their silence has done enough damage.

For an economic recovery in Lebanon to happen, we need a system we can trust, one that allows us to warehouse our surplus funds and finance our spending deficits. That is, we need a banking system we can trust. No one in their right mind would want to keep surplus funds under their mattress in their home, nor would anyone want to borrow from a friend or relative to finance a spending deficit. Therefore, banks need to focus on two main things: restore trust and secure both the operational capacity and organizational resilience to serve Lebanon’s economy.

According to local regulators, banks operating in Lebanon have always been adequately capitalized. However, the noted adequacy turned obsolete with the government’s disorderly default, the consequences of which echoed through the local economy, and mainly affected financial institutions. The political impasse which delayed a vital rescue plan and rendered negotiations with the IMF fruitless; the pandemic which shut down two-thirds of the local economy; and the Beirut blast, the fourth largest known to mankind, all of these factors crippled the Lebanese banking sector.

Financial institutions, of all sizes, indiscriminately felt helpless in front of the heavy demands from Lebanese citizens. First, on the asset side, banks experienced serious delinquencies in the repayment of loans and an alarming increase in default due to fast deterioration in credit risk circumstances resulting from negative shocks to both aggregate demand and supply. And because of demands from their customers, banks confronted high and volatile demands for foreign currency cash withdrawals which have been nothing short of a total run on deposits. Consequently, no bank can be considered adequately capitalized today.

Bank recapitalization is no longer an option; it is a prerequisite for the survivability and sustainability of any financial institution. The public at large, and policymakers, are not, and must not be concerned about the health of any one financial institution; it’s the health of the sector that matters. Therefore, policymakers must work on finding ways to secure smooth mergers and/or acquisitions, even liquidation if needed. Whatever is necessary to restore life to banking in Lebanon.

Banking industry recapitalization is necessary, but not sufficient for a healthy recovery. To date, there are no signs that banks will be getting any help from a failed government, and I do sincerely hope bankers are not expecting it, especially after the slap in the face they received with the irresponsible disorderly default in March of 2020. As such, banks must act on their own to recapitalize. With that in mind, adequate recapitalization of the industry requires, first, an accurate assessment of the losses sustained by each financial institution, and how much of these losses can be immediately absorbed by existing and ready capital.

This task must be completed by any responsible bank and be brought up-to-date on a daily basis due to the fast deterioration in credit risk circumstances. Second, accurately sizing the amount of capital needed to strengthen the institution enough to carry on with its strategic objectives, and how much of it can be immediately raised. One very important strategic objective should be to explore the possibility of mergers and acquisitions to boost the capacity of the entire banking sector so it can serve its raison d’etre.

This may not be easy since bankers are too stubborn to let go and accept being acquired and voted out of the sector. In fact, it is that ego that is responsible for the mess we’re in today. Here is another example of the failure of the regulatory authorities. There are no endangered species of banks; weak banks must not be protected and, equally critical, no Lebanese bank is too big to fail.

After all of this is done, it does not matter how many banks are left, or how many employees have lost their jobs as a result; what matters is how strong the banks that survived the crisis are and their ability to help Lebanon move forward. Every crisis and every recovery comes with a price tag.

Over and above the drive to adequately capitalize, banks should agree to a course of self-imposed corrective actions. No one knows a bank’s true and evolving risks more than its own management. Banks ought to, sooner rather than later, embark on a number of major reforms such as: accurately assessing the true volume of non-performing and fast decaying assets. We all agree that bankers have been depending on the regulator to size their risks, and they have been content with compliance as a proxy for risk management.

That is not how healthy banking is practiced. Banks need to ensure proper and timely identification and assessment of all risks. Moreover, banks need to design an effective communication strategy to address clients’ concerns and manage their outrage. An effective communication strategy helps banks reduce reputational risk. There is nothing more relevant and urgent than restoring trust. In these times of dried resources, banks need to freeze the payment of bonuses and dividends until capital is adequately restored.

If banks are serious about restructuring, there is still more to be done. Banks must consolidate, downsize, and/or merge. The health of the financial sector, at this juncture, is all that matters. Equally important, banks must limit the period of engagement with their external auditors; and they must clean their institutions from all political contamination and detached them from dependency on politically exposed persons.

Being preoccupied with the supply of fresh funds, frustrated with the chaos in the foreign exchange market, or convinced by the need to wait for the central bank and/or the government to act will only push banks deeper into what could become irreversible insolvency. The time to act has already passed, and the clock is ticking. There is more to healthy banking than just recapitalization and the extra fresh funds. Trust is what matters; everything else shall follow. Hundreds of millions of dollars are being channeled to Lebanon’s reputable NGOs and the private sector to financially assist Lebanese in crisis. The obvious reluctance by international donors to hand funds over to the Lebanese government is clearly attributed to the total loss of trust in state-run institutions. Therefore, trust is essential and banks’ failure to plan to restore that trust is, in itself, a plan for their failures.

There is no doubt that 2021 will not be the most financially rewarding year for many bankers. With the right perspective, however, it just might turn out to be one of their most personally rewarding. Under normal circumstances, bankers see their customers during some of their best and most challenging days. Front-line bankers empathetically assist customers when they are confused or distressed. Could you just imagine the reward if you can go back to doing all that especially in the midst of a crisis? Act now!

Mohammad Ibrahim Fheili is currently a Risk Strategist, and Capacity Building Expert with focus on the financial sector. He has served in a number of financial institutions in the Levant region. He served as an advisor to the Union of Arab Banks, and the World Union of Arab Bankers on risk and capacity building. Mohammad taught economics, banking and risk management at Louisiana State University (LSU) – Baton Rouge, and the Lebanese American University – Beirut. Mohammad received his University education at Louisiana State University, main campus in Baton Rouge, Louisiana.