Iran admits its support to Houthi attacks against Saudi Arabia 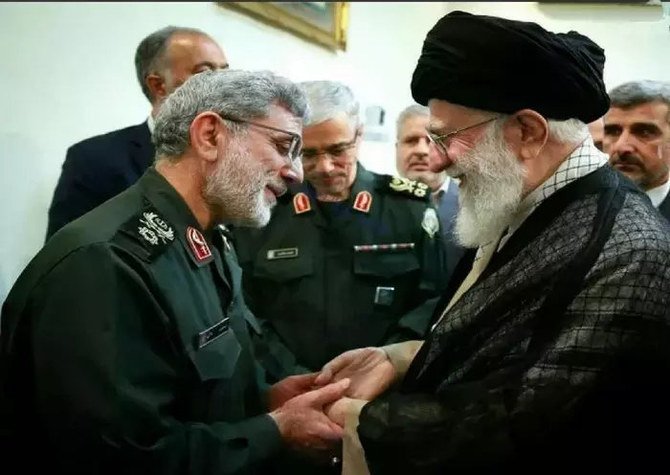 Ismail Qaani told a conference in the northeastern city of Mashhad that the Houthis had launched  “18 operations in less than 10 days” targeting the Kingdom.

He said Iran supported all such armed groups around the world, which he described as “forces of resistance against global arrogance.”

Qaani became head of the Quds Force after its previous leader, Qassem Soleimani, was assassinated in a US drone strike at Baghdad airport in January 2020. In his Mashhad speech, Qaani repeated threats that the US would pay a price for Soleimani’s death.

“We have made it clear that we will break the bones of the criminal US. The sound of them being fractured will be heard at the proper time,” he said.

The Quds Force leader also renewed Iranian threats against Israel. “Although Israel has all the world’s tools at its disposal, it is building a wall around itself 1 meter wide and 6 meters high, in order to remain safe,” he said. “But they must be sure that we will destroy that wall too.”

Meanwhile, Israel was probably behind an attack in the Mediterranean last week that damaged an Iranian container ship, investigators in Tehran said on Saturday. The container ship Shahr e Kord was hit by an explosive object that caused a small fire.

The incident came two weeks after the Israeli-owned MV Helios Ray was hit by an explosion in the Gulf of Oman, which Israel has blamed on Iran.