Russia and Israel want Iran, Hezbollah out of Syria 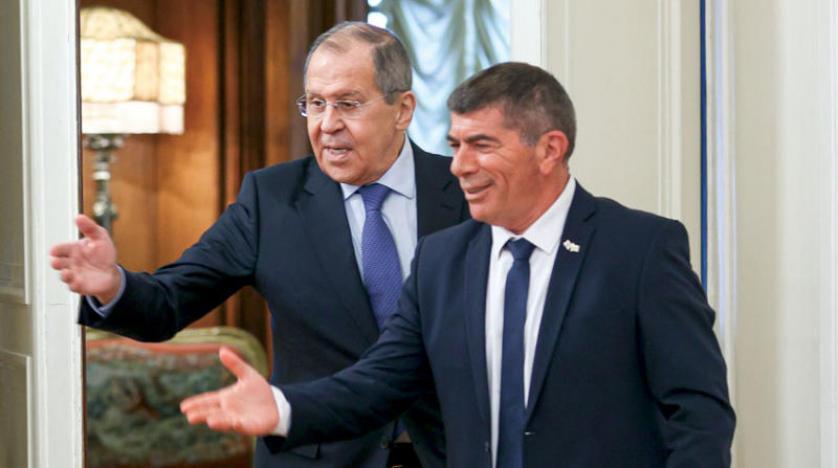 The sources told Asharq Al-Awsat that Lavrov and Ashkenazi held discussions in this regard during their meeting in Greece last October, noting that several amendments took place since then upon Israeli demands.

On Wednesday, Ashkenazi took part in a meeting in Moscow where part of the arrangements were accepted. According to the sources, the understandings were of “common interests” in Syria.

Israel is demanding the complete removal of Iran and its militias from Syria, including Hezbollah. It is also demanding an end to arms transfers to Hezbollah.

The sources said that Russia agreed that Iran’s repositioning in Syria should end and weapons should not be transferred to Hezbollah in Lebanon.

Earlier, a Hezbollah delegation arrived in Moscow on a three-day visit for talks and met with Lavrov, among other officials.

Russia has also shown willingness to act against the activities carried out by Iran or its militias in Syria.

According to the sources, Lavrov asked the Israeli to inform the Russians if they detect threats before striking targets and launching operations. He asserted that Russia would take all measures to neutralize threats from Syria.

Tel Aviv fears its talks with Moscow could anger the current US administration which, unlike its predecessor, takes a hostile stance against Russia and President Vladimir Putin.

The two ministers held a joint press conference during which Lavrov responded to the ideas presented by the UN envoy to Syria Geir Pedersen, calling to activate a “broad international format” to push the settlement process.

“We are ready to explore new ways and formats through which we can create external conditions that will allow the Syrians to build their future per UN Security Council Resolution 2254,” he noted.

Earlier, Pedersen called for a new international format that brings in all the different parties that influence the conflict, adding that “it will have to involve, one way or the other, the United States, Russia, Iran, Turkey, Arab States, and the European Union, and I also earlier mentioned all permanent members of the Security Council.”

“It is now necessary for all these actors to seriously sit down and develop a Syrian policy based on the understanding that none of them can dictate the outcome of the Syrian conflict,” stressed the envoy.