Will Lebanon finally have a cabinet on Monday ? 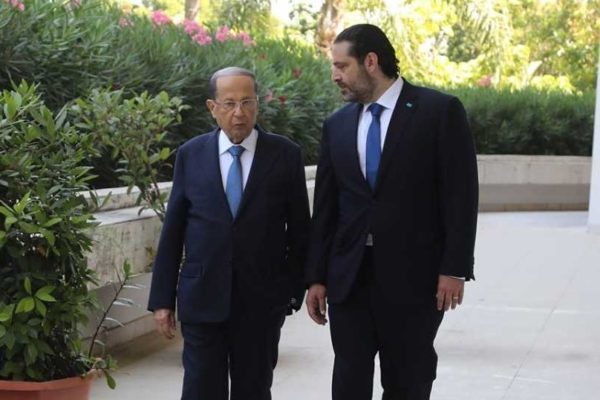 PM-designate Saad Hariri met with President Michel Aoun on Thursday , hours after the two leaders asked each other to step down.

Hariri , who , as expected presented the same cabinet lineup as before said Following his meeting with Aoun :

I told President Aoun that I’m seeking an 18-seat government of specialists.

He added: We agreed to meet again on Monday and there will be some essential answers on how to reach a cabinet line-up as soon as possible.