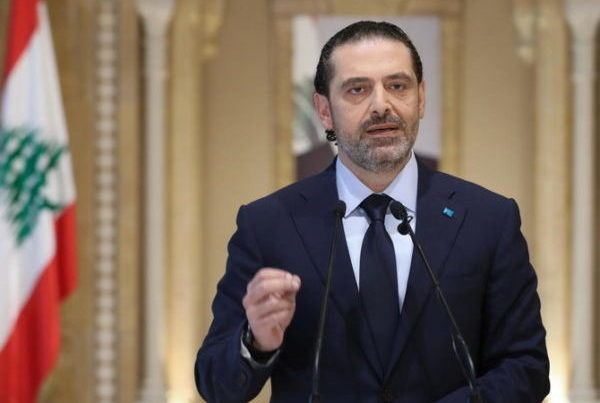 Hariri rejected criticism of his late father, saying: “Hariri’s policy had brought back Lebanon to the scene, stopped the civil war , attracted investors and tourists, rebuilt Beirut and constructed government hospitals and the airport

BEIRUT: Lebanon’s Prime Minister-designate Saad Hariri said on Sunday that although he had been subjected to “slander and lies,” he was “very patient” and determined to form a new government.

In a televised speech marking 16 years since the assassination of his father, Rafik Hariri, he said that he would never accept giving “the blocking third in the government to the president of republic.”

Hariri said that during his meeting with Michel Aoun on Friday “the president of the republic asked for a quota of six minsters and for granting the Armenian Tashnag party a minister out of this quota.”

“Things are not going well, for the economy is in crisis, a dear part of our beloved Beirut was destroyed by the explosion of the port, the new coronavirus pandemic is devastating our families, and the series of assassinations is continuing with the last victim being martyr Lokman Slim,” Hariri said.

“A specialists’ government of nonparties members is the only one capable of implementing the necessary reforms, whose road map was set by the initiative of French President Emmanuel Macron, otherwise no one will help us and the deterioration will continue until the big explosion.”

He continued: “Fighting corruption starts with a reform that guarantees the independence of the judiciary, which stops pressures on some judges to open or close certain cases according to political affiliations.”

Hariri considered that “the one who is blocking the forming of the government is the one who is obstructing the launching of reforms, delaying preventing the collapse, and launching reconstruction.”

On the anniversary of his father’s death, Hariri stressed that the ruling issued by the Special Tribunal for Lebanon against Slim Ayyash, convicted in absentia of killing Rafik Hariri in a 2005 bombing, should be executed and that he should be handed over no matter how long it took.

Ayyash is still at large and Hezbollah refuses to hand him over as it does not recognize the tribunal.

Hariri rejected criticism of his late father, saying: “Hariri’s policy had brought back Lebanon to the scene, attracted investors and tourists, and set the first cellular network in the Middle East even before Israel did, and it was a policy of moderation.”

The prime minister-designate also objected to allegations that he infringed on the president’s prerogatives in forming the government or on the Christians’ rights but that he “did not allow the president of the republic to choose the ministers he wanted, especially Christian ministers.”

He added: “Where were you from Christians’ rights when the seat of the first presidency remained vacant for three years? Christians’ rights lie in a strong economy and in stability, and if there is no state there would no rights for Christians or for anybody else.”

“We are for a forensic investigation in the Central Bank, and in all institutions, ministries, and directorates, whether in communication, dams, funds, and everything else starting from 1989 onward so that truth of what happened will be known to everybody and so that all violators, corrupts, and thieves will be sued.”

He said that his visits to Arab and foreign countries were to “gather support to Lebanon and to re-establish relations, especially with Arab states, so that the solution will be launched quickly when the government is formed, and it will definitely be formed for there is no way out of this crisis without the Arabs and the international community, without deep reconciliation with the Arab brothers, and without stopping using Lebanon as a platform to attack the Arab Gulf and damage the interests of the Lebanese.”

The current lockdown forced Hariri to cancel the annual gathering of his supporters to commemorate the anniversary of the assassination.

On the anniversary of the assassination there were declarations by political parties commemorating the event, while Free Patriotic Movement (FPM) activists launched a wave of criticism
on social media against the late prime minister.