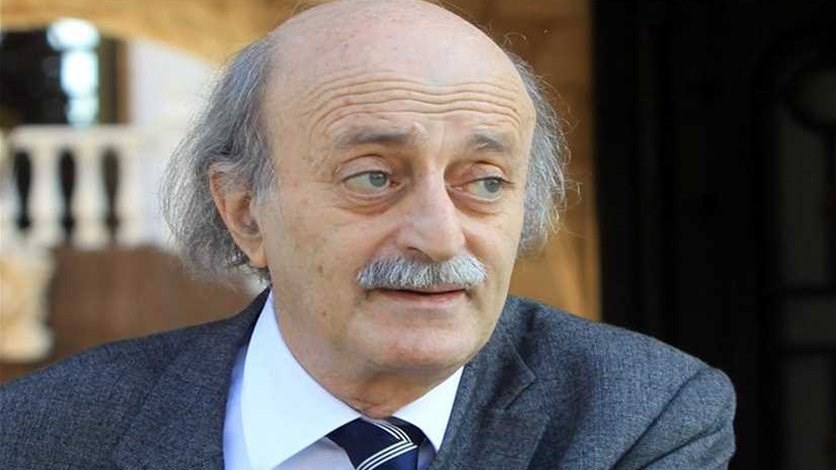 File photo of PSP leader Walid Jumblatt . On Sunday he blasted president Aoun as destructive leader ” let him commit suicide alone, along with his dear son-in-law,” Jumblatt said in an interview on Future TV in reference to the widely loathed Gebran Bassil
Share:

“There is an absurd person in Baabda. Michel Aoun wants to commit suicide, let him commit suicide alone, along with his dear son-in-law,” Jumblatt said in an interview on Future TV in reference to the widely loathed Gebran Bassil

“Today there is a destructive ruler and an absurd rule,” he added.

Turning to the stalled cabinet formation process, Jumblatt said: “I will not offer advice to PM-designate Hariri. He has the ability and prudence to evaluate the situation and I stand by him.”

“Hariri devised a formula that suits everyone in which he rejected the blocking one-third. Enough with this one-third that impeded the country for 15 years!” Jumblatt added.

Separately, the PSP leader called for “a new political formula” in the country because “we cannot continue with the old formula.”

As for the assassination of prominent Hezbollah critic , activist and researcher Lokman Slim, Jumblatt described it as “a continuation of the previous murders” while reiterating that it is linked to the investigations into the Beirut port explosion.

“Lokman Slim’s remarks about the port blast are accurate and the investigation into the port explosion must continue,” Jumblatt added.

Hariri conclude : It is impossible to give Aoun a blocking third in the cabinet

Hariri added: After 14 rounds of consultations and attempts to find solutions with president Aoun I submitted to help a draft line up of 18 specialists nonpartisan ministers capable of carrying out the needed reform as a unified team and test there is no blocking one third in this line up