France, US call for a credible government in Lebanon to carry out the necessary reforms 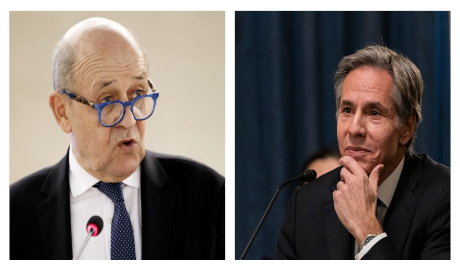 PARIS (Reuters) – France and the United States on Thursday called on Lebanese politicians to form a new government and provide the findings of the investigations into the Beirut bomb blast, in a statement intended to show unity between the two allies.

Under the administration of former U.S. president Donald Trump, Paris and Washington had differences over their foreign policy on Lebanon. While Trump backed a French initiative to resolve the crisis in Lebanon, he opposed efforts to include the heavily armed Hezbollah group and which Washington brands a terrorist group.

The statement was signed by both French Foreign Minister Jean-Yves Le Drian and U.S. Secretary of State Anthony Blinken, newly appointed by President Joe Biden who took office on Jan 22.

“The commemoration of six months of this tragic event underscores the urgent and vital need for Lebanese officials to finally implement their commitment to form a credible and effective government and to work towards carrying out the necessary reforms,” they said.