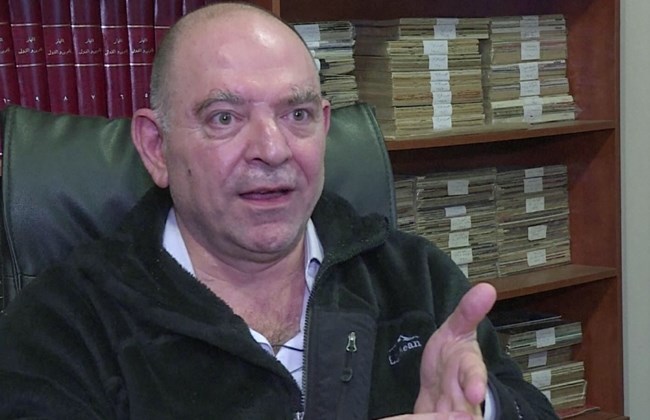 File photo: Prominent Lebanese publisher and fearless vocal critic of the Iranian backed Shiite militant Hezbollah was found dead in his car on February 4th morning, with multiple wounds from gunshots fired at close range. His killing raised fears that Lebanon’s political tensions could turn into a new wave of assassinations like in 2005 when former PM Rafik Hariri and several anti Hezbollah leaders were assassinated.
Share:

The EU Delegation to Lebanon and the envoys of EU Member States on Friday called on Lebanese authorities to act swiftly in the wake of the assassination of the Hezbollah critic Lokman Slim who was found yesterday dead in his car with 4 bullets in his head and one in his back.

“We are shocked and deeply saddened by the assassination of Mr Lokman Slim, a prominent intellectual and political activist, who was found dead in South Lebanon on 4 February 2021. We call on the Lebanese authorities to urgently launch an investigation and bring the perpetrators to justice,” they said in a joint statement.

“This tragic day also marked the six-month anniversary of the terrible explosion at the Port of Beirut on 4 August 2020. The people of Lebanon deserve to know what happened half a year ago. They deserve swift justice and accountability. We continue to call on Lebanese authorities to deliver on their commitment to an impartial, credible, transparent and independent investigation,” the statement added.

It also reminded that the EU has repeatedly underlined the urgent need for “state building and strengthening of institutions that guarantee the independence of the judiciary, ensure the respect for the rule of law, and meet the legitimate aspirations peacefully expressed by the people in Lebanon.”

The EU will “continue to support those who champion fundamental democratic values and human rights,” the statement said.

“We offer our deepest condolences to the family and loved ones of M. Lokman Slim,” it added.

As Lockman said the only state in Lebanon is Hezbollah’s state, for this reason observers consider the investigation as a pure formality that is not intended to lead to any concrete results.

Few in Lebanon trust the Lebanese authorities to conduct any proper investigation, because the Iranian backed Hezbollah militant group controls all the branches of government and the Judiciary . President Michel Aoun is an ally of Hezbollah and the government of Caretaker PM Hassan Diab its always referred to as Hezbollah government and the Speaker of the parliament Nabih Berri is a staunch ally of Hezbollah . Knowing that Hezbollah is the only suspect the investigation will be whitewash . Aoun promised six months ago that an investigation of the Beirut port explosion will reveal the culprits within 5 days but till this date not one official has been brought to justice for that devastating explosion that killed 200 Lebanese wounded 6500 and devastated a huge part of Beirut and left over 300, 000 homeless .