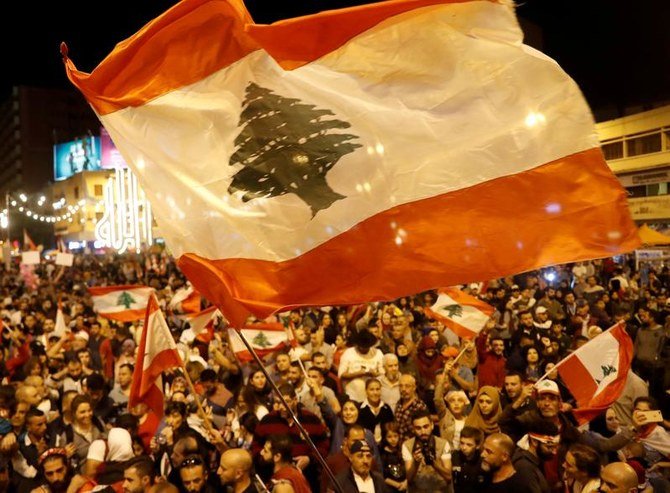 Weak Sunni political leadership is the cause of Lebanon’s problems today. This phrase is, in essence, pure poison and encourages sectarianism, yet it is unfortunately the best way to describe what is currently happening in the country, and specifically in Tripoli.
The recent incidents in Tripoli symbolize, in many senses, the lack of Sunni leadership. They are also a stark reminder that Lebanon is built on a balance between religious minorities and that any weakness from one is an invitation for instability. Sunni leaders are weak not because they are not supported by regional powers like Hezbollah is, but because they are selfish and lack political vision. Today, every political loss comes with more frustration, fear, resentment and daily humiliation, which pushes toward more sectarian confrontation and danger.
I am not calling for a Sunni political revival or renewed leadership to stand up to Hezbollah, because instead I believe it is high time we exited this racist political structure that pits one confession against the other. It is a political system that brings out people’s ugliest side and pushes them toward religious extremism. Hezbollah, Lebanon’s true ruler, identifies as a religious organization and so the same line of thought will guide the Sunni Lebanese sooner or later. They will morph into a similar organization. Poverty and daily humiliations will call for this, as the “Sunni leaders in suits” have done nothing. This dynamic would also call for unity with Syria and so the backlash on the Sunni community and all of Lebanon would be catastrophic.
Therefore, Lebanon does not need a strong new Sunni leader or any new savior for that matter. The country does not need new elections either — this would only recycle and comfort the current political formations and dynamic. Lebanon does not need to implement a secular system. In fact, Lebanon needs a great reset, a new political system. In short, Lebanon needs decentralization or even federalism.

Most call for secular laws as the greatest overhaul needed, but in reality decentralization is much more important. Civil marriages and the end of confessional quotas are not realistic solutions and would lead to even greater problems. Why? Because sectarianism does not disappear because we remove a person’s religion from their ID. Applying secular law within the current system would create even more imbalance and frustration. It is a utopian vision of Lebanese society and the political system.
Lebanon needs to shift toward a decentralized political system that empowers the regions and lets each minority manage its own affairs under a federal union. I believe, to this day, the best political system that exists for Lebanon is the federal model, such as in Switzerland or even the US.
Each region would oversee its own affairs and security, diffusing the frustration and pressure between the various minorities that exist today. The key is to give more power to the regions in what matters to the people and grant full individual liberties. Hezbollah would be free to manage its areas as it pleases and keep its weapons within its own zones until a regional solution is found. Other minorities would be able to manage their own affairs in their own regions. A small and limited federal government would be put in place, as well as a bicameral legislature. There is obviously more in-depth study needed.
Some would argue that, while this system can work in Switzerland or the US, it is not feasible in the Middle East, citing Iraq as an example. But Iraq is a different story and a true federal system was not put in place there. Instead it is a disguised sectarian federal structure. It was born from the simplistic view that the Shiites make up the majority and hence they should lead the state. This allowed for Iranian interference and its militias now threaten and harass Iraqis throughout the country. The results have been clear: More frustration among the minority groups and continued instability, contributing to extremist terrorism from Daesh and the like spreading toward Syria.
Some might also argue that decentralization is an even more sectarian system. My answer to that is simple: By allowing people to build their own fences and feel secure, we defuse the fear of the other. Once fear of the other disappears, then conversations and exchanges can take place. Lebanon has for too long lived under the illusion of a balanced political system, which can be best described by the formula, “No loser and no winner.” This system was never real; it was only used as a consolation for the loser to make his loss less bitter. The country’s system has been a winner-takes-all system par excellence. There was always a winner, from centuries ago until the recent Syrian occupation and beyond. Resentment and frustration built in silence among the losers, pushing them toward extremism.

Once a decentralized system is put in place, we would be able to have federal laws that allow for civil marriage and a broader secular system. This decentralized system would also create healthy competition that would push Lebanon toward economic excellence. This is the best solution for Lebanon and is the only way to escape the zero-sum game we have been engaged in, where we translate regional and international interference into political power locally.
However, in the current global environment, there is a simpler solution for the international community: To institutionalize the winner-takes-all system. I would not be surprised if Western analysts and experts soon drafted studies stating that Hezbollah in fact represents most of the country and that it should lead Lebanon. This would be the same mistake as in Iraq.
The key point here is that an unfair regional agreement would have destabilizing effects on the ground. Therefore, it is high time the citizen was the true winner, rather than a single minority. It is high time that the citizens of Lebanon lived with their heads high and in safety, regardless of their religion, ethnicity or beliefs. It is high time to build a new Lebanon. This can only happen if we remove the fear of the other — and the only way to do this is by giving greater control at the regional level.

Khaled Abou Zahr is CEO of Eurabia, a media and tech company. He is also the editor of Al-Watan Al-Arabi.