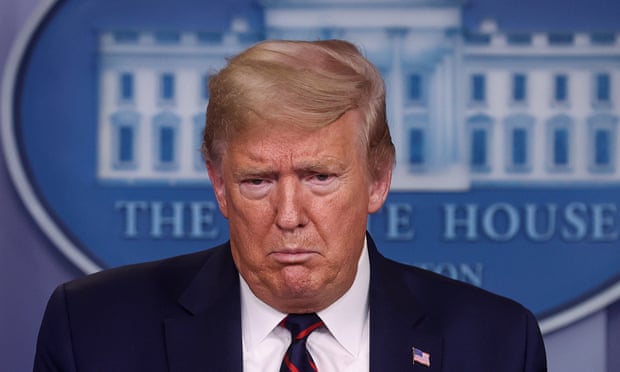 Political fact-checkers have flourished under Donald Trump, a president who according to one count uttered more than 16,000 misleading or false claims during his first three years in the White House. The coronavirus outbreak has seen Trump add to that total.
Share:

By THE EDITORS OF NATIONAL REVIEW

President Trump said the other day that he’d leave office if he loses the vote of the Electoral College on December 14.

This is not the kind of assurance presidents of the United States typically need to make, but it was noteworthy given Trump’s disgraceful conduct since losing his bid for reelection to Joe Biden on November 3.

Behind in almost all the major polls, Trump stormed within a hair’s breadth in the key battlegrounds of winning reelection, and his unexpectedly robust performance helped put Republicans in a strong position for the post-Trump-presidency era. This is not nothing. But the president can’t stand to admit that he lost and so has insisted since the wee hours of Election Night that he really won — and won “by a lot.

There are legitimate issues to consider after the 2020 vote about the security of mail-in ballots and the process of counting votes (some jurisdictions, bizarrely, take weeks to complete their initial count), but make no mistake: The chief driver of the post-election contention of the past several weeks is the petulant refusal of one man to accept the verdict of the American people. The Trump team (and much of the GOP) is working backwards, desperately trying to find something, anything to support the president’s aggrieved feelings, rather than objectively considering the evidence and reacting as warranted.

Almost nothing that the Trump team has alleged has withstood the slightest scrutiny. In particular, it’s hard to find much that is remotely true in the president’s Twitter feed these days. It is full of already-debunked claims and crackpot conspiracy theories about Dominion voting systems. Over the weekend, he repeated the charge that 1.8 million mail-in ballots in Pennsylvania were mailed out, yet 2.6 million were ultimately tallied. In a rather elementary error, this compares the number of mail-ballots requested in the primary to the number of ballots counted in the general. A straight apples-to-apples comparison finds that 1.8 million mail-in ballots were requested in the primary and 1.5 million returned, while 3.1 million ballots were requested in the general and 2.6 million returned.

Flawed and dishonest assertions like this pollute the public discourse and mislead good people who make the mistake of believing things said by the president of the United States.

Elected Republicans have generally taken the attitude that the president should be able to have his day in court. It’s his legal right to file suits, of course, but he shouldn’t pursue meritless litigation in Hail Mary attempts to get millions of votes tossed out. This is exactly what he’s been doing, it’s why reputable GOP lawyers have increasingly steered clear, and it’s why Trump has suffered defeat after defeat in court.

In its signature federal suit in Pennsylvania, the Trump team argued that it violated the equal-protection clause of the U.S. Constitution for some Pennsylvania counties to let absentee voters fix or “cure” their ballots if they contained an error while other counties didn’t. It maintained that it was another constitutional violation for Trump election observers not to be allowed in close proximity to the counting of ballots. On this basis, the Trump team sought to disqualify 1.5 million ballots and bar the certification of the Pennsylvania results or have the Pennsylvania General Assembly appoint presidential electors.

By the time the suit reached the Third Circuit, it had been whittled down to a relatively minor procedural issue (whether the Trump complaint could be amended a second time in the district court). The Trump team lost on that question, and the unanimous panel of the Third Circuit (in an opinion written by a Trump appointee) made it clear that the other claims lacked merit as well. It noted that the suit contained no evidence that Trump and Biden ballots or observers were treated differently, let alone evidence of fraud. Within reason, it is permissible for counties to have different procedures for handling ballots, and nothing forced some counties to permit voters to cure flawed absentee ballots and others to decline to do so.

Not that it mattered. The court pointed out that the suit challenged the procedures to fix absentee ballots in seven Democratic counties, which don’t even come close to having enough cured ballots to change the outcome in the state; the counties might have allowed, at most, 10,000 voters to fix their ballots, and even if every single one of them voted for Biden, that’s still far short of Biden’s 80,000-plus margin in the state.

The idea, as the Trump team stalwartly maintains, that the Supreme Court is going to take up this case and issue a game-changing ruling is fantastical. Conservative judges have consistently rejected Trump’s flailing legal appeals, and the justices are unlikely to have a different reaction.

Trump’s most reprehensible tactic has been to attempt, somewhat shamefacedly, to get local Republican officials to block the certification of votes and state legislatures to appoint Trump electors in clear violation of the public will. This has gone nowhere, thanks to the honesty and sense of duty of most of the Republicans involved, but it’s a profoundly undemocratic move that we hope no losing presidential candidate ever even thinks of again.

Getting defeated in a national election is a blow to the ego of even the most thick-skinned politicians and inevitably engenders personal feelings of bitterness and anger. What America has long expected is that losing candidates swallow those feelings and at least pretend to be gracious. If Trump’s not capable of it, he should at least stop waging war on the outcome.