Biden’s Cabinet Picks Include Some Firsts 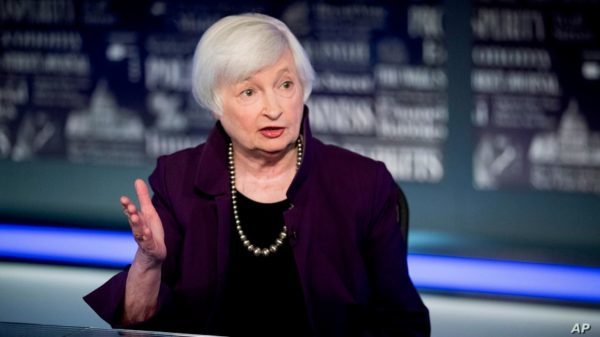 U.S. President-elect Joe Biden has begun naming picks for his new Cabinet, as well as other top-level administration officials. Biden has pledged to choose a Cabinet that reflects the diversity of the American population. His selections will be scrutinized by the progressive wing of the Democratic Party and must win confirmation in a narrowly controlled Senate, whose majority party will be determined by two Georgia Senate runoffs in January. Here are Biden’s selections so far.

Secretary of the Treasury

Yellen, 74, is a familiar face in financial circles, having been the chair of the Federal Reserve from 2014 to 2018, as well as the top economic adviser to President Bill Clinton in the late 1990s. If confirmed, she would be the first woman to head the Treasury Department. She previously was president of the Federal Reserve Bank of San Francisco from 2004 to 2010 and was Fed vice chair from 2010 to 2014 alongside then-Chairman Ben Bernanke. As head of the Fed, Yellen kept interest rates near zero until late 2015, when she lifted them very slowly to encourage employment gains.

Director of the Office of Management and Budget

Tanden is president of the liberal Center for American Progress research group and has previously worked in both the Clinton and Obama administrations. She was director of domestic policy for Barack Obama’s presidential campaign and helped craft the Affordable Care Act, the Obama administration’s sweeping health care bill popularly known as Obamacare. Tanden was also policy director for Hillary Clinton’s 2008 presidential campaign. If confirmed, Tanden, 50, a South Asian American, would be the first woman of color to lead OMB, the agency that oversees the federal budget.

Mayorkas is a former deputy secretary of the Department of Homeland Security and will be the first Latino and immigrant nominated to head the agency. Born in Havana, Cuba, Mayorkas, 60, came to the United States as a political refugee with his family when he was a child. Following a career as a lawyer, he joined the Obama administration in 2009 as director of the U.S. Citizenship and Immigration Services agency, where he implemented the Deferred Action for Childhood Arrivals (DACA) program, granting protection to immigrants brought to the United States illegally as children.

Thomas-Greenfield is a 35-year veteran of the U.S. Foreign Service who has served on four continents. She was President Obama’s top diplomat on Africa from 2013 to 2017, leading U.S. policy in sub-Saharan Africa during the West Africa Ebola outbreak. After leaving the State Department, Thomas-Greenfield took a senior leadership position at former Secretary of State Madeleine Albright’s global strategy company. Biden plans to elevate the position of U.N. ambassador to Cabinet level.

Kerry is a prominent and longtime figure in the Democratic Party — a former secretary of state in the Obama administration; a former senator from Massachusetts for more than 25 years; and the Democratic presidential nominee in 2004. The special envoy for climate is not a Cabinet position, but Kerry will sit on the National Security Council, the first time the NSC will include an official dedicated to climate change. Kerry tweeted after the announcement of his selection, “America will soon have a government that treats the climate crisis as the urgent national security threat it is.”

Haines is a former deputy director of the CIA and a former deputy national security adviser in the Obama administration. She will be the first woman nominated to lead the U.S. intelligence community. Haines, 51, is a lawyer and has previously worked with Biden while serving on the Senate Committee on Foreign Relations as deputy chief counsel when Biden was the committee’s chairman. After leaving the Obama administration in 2017, she held several posts at Columbia University.

Sullivan was Biden’s national security adviser during the Obama administration. He was also deputy chief of staff to Secretary of State Hillary Clinton. At age 44, Sullivan will be one of the youngest people to serve in that role in decades, according to the Biden transition team.