Aware he can’t stop Biden’s presidency, Trump trying to save his own hide 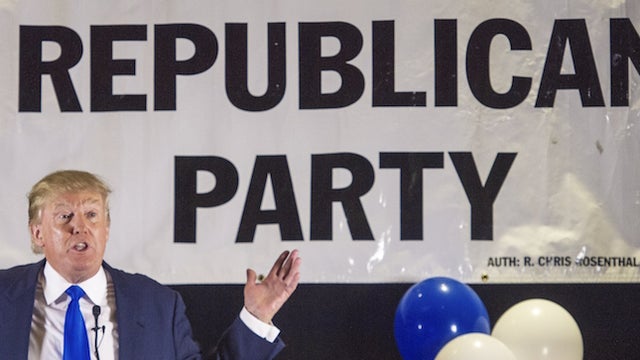 On November 11, 2015 , Chuck Todd NBC’s Meet the Press moderator proclaimed that Donald Trump has “hijacked” the Republican Party. He was 100 percent right and he is trying to do it again 5 years later
Share:

US President Donald Trump is expected to continue to refuse to concede . He is fully aware that Joe Biden’s presidency cannot be stopped after winning 306 electoral votes and come January 20th he will be kicked out of the White House if he refuses to leave . Trump is trying to save his own hide by trying to hijack the Republican Party again like he did in 2016 because he is thinking of running again for president again in 2024

It is amazing how outgoing US President Donald Trump continues to refuse to accept his loss in the recent US presidential poll. Joe Biden won the election comprehensively, picking up 306 to Trump’s 232 electoral college votes. Besides, Biden won 51% of the popular vote to Trump’s 47%. And despite Trump claiming for weeks now that there was massive electoral fraud, his team has not been able to produce an iota of evidence to back this claim. In fact, all the legal cases related to the election that Team Trump has brought so far have been rejected in the various state courts. Yet Trump continues to rage, refusing to accept defeat and besmirching the US electoral system.

In his latest diatribe, Trump actually told Fox News that his mind about election fraud was not going to change, and that he did not see an expiry date for his legal campaign to somehow overturn the result. This tells us two things. First, no matter what facts are presented to him, Trump will not budge from his position that he won the election, not Biden. This is clearly a man who is unwilling to accept his fate. However, it is also becoming apparent that Trump is playing a clever political game. In continuing to insist that he never lost the election, he is trying to keep his base intact.

I have no doubt that Trump will be kicked out of the White House once Biden is officially sworn in on January 20 next year. But Trump’s wild, unsubstantiated claims about election fraud aren’t meant to stop that official process – he can’t anyway. What Trump is doing by refusing to accept defeat is ensuring that his Republican supporters don’t desert him. And if they don’t desert him, the Republican Party establishment can’t desert him. For, I am willing to bet that if Republican voters get over Trump, the party establishment will drop him like a hot potato.

After all, Trump was on the fringe before he came in and hijacked the Republican Party in 2016. And there are many old-time, mainstream Republican leaders who privately can’t stand Trump but nonetheless have gone along with him over the last four years because of the support he generated among Republican voters. In fact, Trump has totally changed the Republican Party, moving it way to the right with his Trumpism approach. But having lost the election now, Trump knows that many within the party are ready to dump him. It is to guard against this that Trump is sticking to his guns on election fraud and firing up the Republican base. This then substantially raises the cost for any Republican leader thinking of getting rid of Trump, for Republican voters will turn against him.

Besides, Trump knows that he may be in a whole lot of legal trouble if he is ditched by the party. Thus, Trump isn’t really trying to stop the incoming Biden presidency. He is just trying to save his own hide. And since there are a lot of blind Trump supporters who will lap up anything he says, Trump may even fancy his chances of running for president again in 2024. True, Trump’s selfish strategy tarnishes American democracy. But when did Trump ever care about such things?