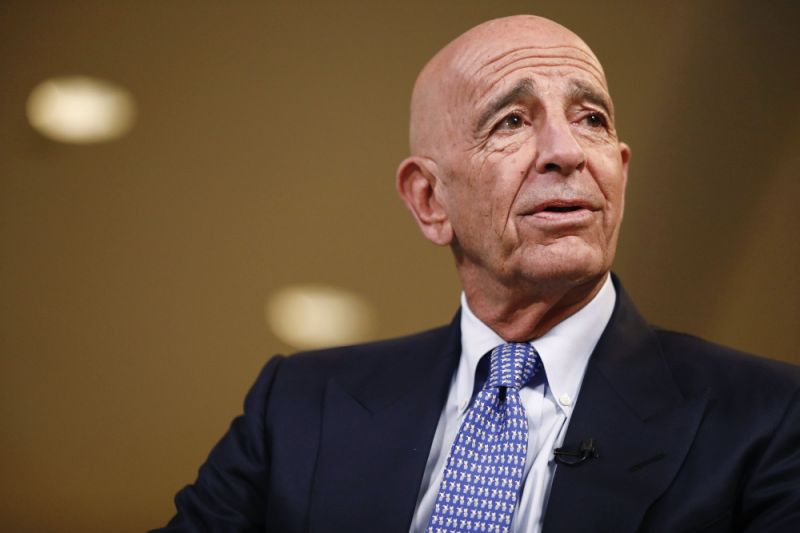 Tom Barrack a Lebanese American billionaire whose grandparents immigrated from Zahle Lebanon in the 1900. Barrack is a longtime friend and senior advisor of President Donald Trump,
Share:

Real estate investor Tom Barrack said the U.S. commercial-mortgage market is on the brink of collapse and predicted a “domino effect” of catastrophic economic consequences if banks and government don’t take prompt action to keep borrowers from defaulting.

Barrack, chairman and chief executive officer of Colony Capital Inc., warned in a white paper and in a subsequent interview on Bloomberg Television of a chain reaction of margin calls, mass foreclosures, evictions and, potentially, bank failures due to the coronavirus pandemic and consequent shutdown of much of the U.S. economy.

“To keep people employed, you have to support the employers,” he said Monday in the interview. “The biggest part of employer expense is rent. When commerce stops and they can’t pay rent and they can’t pay interest on the debt, and then the banks and the intermediaries can’t pay their investors, it all collapses.”

Barrack, 72, said the impact could dwarf that of the Great Depression, affecting everyone from home owners to real estate developers to hotel operators.

Specifically, his paper highlights the fragility of mortgage real estate investment trusts, or REITs, and credit funds and the lenders that provide them with liquidity via repurchase financing. The Federal Reserve, which on Monday announced new measures to support the economy, including more bond purchases, “is doing exactly what they need to do,” but the program still isn’t enough to relieve the “liquidity crisis” in the market for commercial mortgage-backed securities, Barrack said.

He proposed a rescue plan coordinated by banks and supported by Congress and regulators that includes the following:

“What everybody needs is just a time out,” Barrack said in the interview. “Give them 60 or 90 days, let it all come back together, tack on that accrued interest to the end, and you solve the problem.”

The challenge, he said, is finding a solution that safeguards the banking system while avoiding the perceptions of “crony capitalism” associated with the bailouts that followed the 2008 financial crisis.

Barrack, a longtime friend of President Donald Trump, has much at stake in the outcome. Most of Colony’s investments are in or connected to real estate. The Los Angeles-based firm’s year-end financial report lists $3.54 billion of assets in hospitality real estate and $725 million of debt and equity investments at Colony Credit Real Estate Inc., its publicly traded commercial mortgage REIT.

Colony, whose shares have plunged 68% this year, is in a “great position,” with almost $3 billion of cash, Barrack said.

Subscribe now to stay ahead with the most trusted business news source.