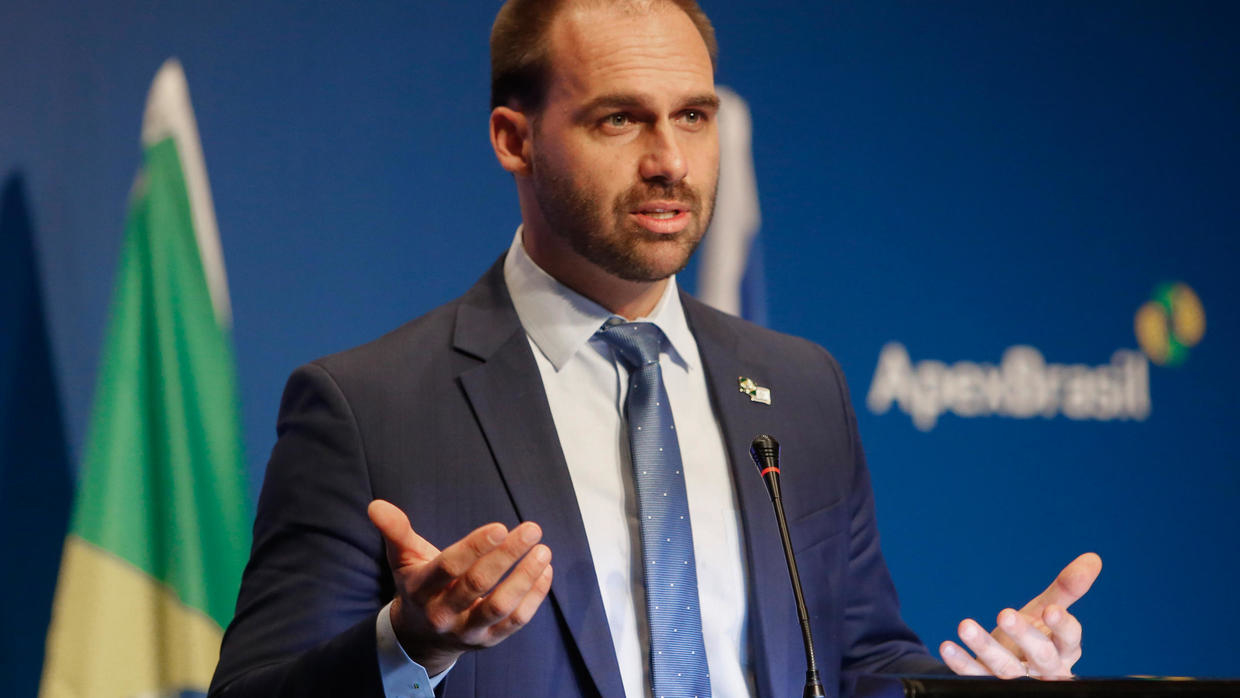 The son of Brazil’s President Jair Bolsonaro has joined US President Donald Trump in criticizing China over the spread of the coronavirus, prompting demands from Beijing for an apology. Eduardo Bolsonaro accused China on Tuesday of concealing information about the spread of COVID-19, saying the country’s actions were similar to what “the Soviet dictatorship” did during the 1986 Chernobyl nuclear disaster.
Share:

One of Brazilian President Jair Bolsonaro’s sons set off a war of words Thursday, after calling the Chinese government a “dictatorship” that purposely hid the severity of coronavirus.

Eduardo Bolsonaro, a congressional lawmaker for the state of Sao Paulo, wrote on Twitter: “Once again, a dictatorship chose to hide something serious instead of exposing the reality, which could have saved countless lives. China is to blame and freedom is the solution.”

The Chinese embassy in Brazil responded to Eduardo Bolsonaro via Twitter Wednesday, saying his comments “sounded familiar” and were “extremely irresponsible.”

“Your words are extremely irresponsible. They sound familiar, like an imitation of those of your dear friends. You must have caught a mental virus upon your return from Miami, which is infecting the friendship between our people.”

President Bolsonaro and Eduardo Bolsonaro were both part of a delegation that visited US President Trump in Mar-a-Lago almost two weeks ago.

China is Brazil’s biggest trading partner, but Bolsonaro has made it clear that he considers Trump his main international ally.