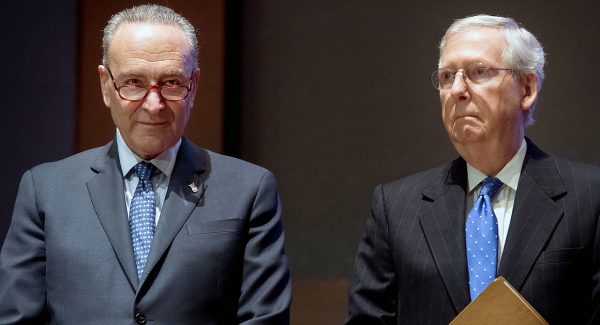 The proposal would include direct payments to Americans under a certain income threshold, $200 billion in loans to airlines and distressed industry sectors, and $300 billion in forgivable bridge loans for small businesses.

The proposal, a draft of which was obtained by CNN, underscores the scale of the economic crisis now facing individuals and businesses across the country amid the accelerating pandemic and addresses bolstering health care resources, student loans and aid, business tax provisions and temporary authority.

The proposal, however, is just an opening bid as the Senate attempts to address the coronavirus outbreak. It was drafted by Senate Republicans and the Trump administration, with no input from Democrats.

At the heart of the proposal is hundreds of billions of dollars directed toward “recovery rebates” of up to $1,200 for individuals and $2,400 for couples beneath a certain income threshold.

The proposal also includes $300 billion to be used for loans to small businesses, however structured, as well as private nonprivate organizations.

The program would be structured so businesses could take out loans from banks and lenders that would be guaranteed by the Small Business Administration. Those loans must be used, according to the proposal, for to pay salaries, mortgage payments, other debt obligations and payroll support including paid sick, medical and family leave, as well as health care benefits.

A trade group representing the largest US airlines is asking Congress and the Trump administration to work together and quickly implement financial aid to protect millions of airline jobs.

“The rapid spread of COVID-19 and the government- and business-imposed restrictions on air travel are having never-before seen impacts on U.S. aviation and our employees,” the trade group said. “The breadth and immediacy of the need to act cannot be overstated. It is urgent and unprecedented.”

Airlines for America represents the biggest US airline carriers, including American Airlines, Delta, United and Southwest.